Iran’s four seasons are very well defined.  Due to its big size, the various regions that make up the country have very different weather conditions, temperature, rainfall and level of humidity during the year.  Depending on where you are, whether in a high mountainous area, a vast desert, a forest, or one of the two coastal regions going from north to south, (the Caspian Sea to the Persian Gulf), this climate diversity makes it possible to travel all year round. So a question easily arises: What is the best time to visit Iran? 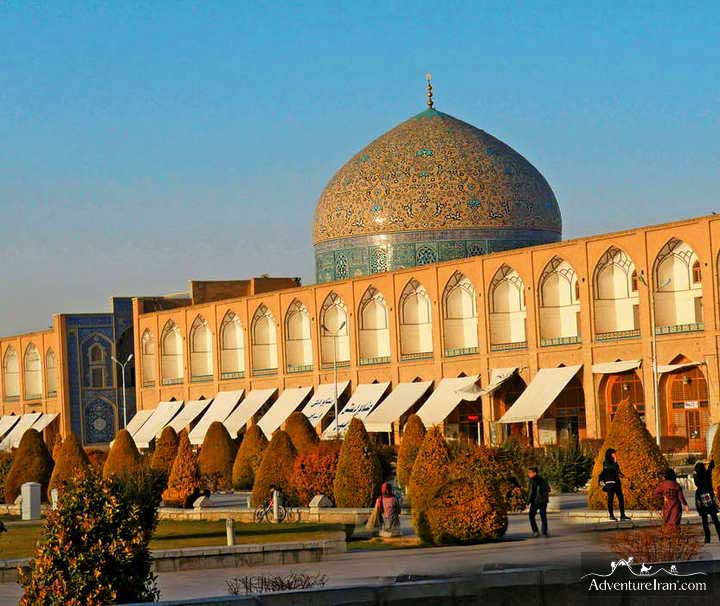 As an example, what is known as the LOW SEASON is due to the high summer temperatures in most parts of the country making it unattractive for travelers to visit the cities. However, the Caspian Sea area has its busiest time of the year during this season as many locals from all over Iran, especially from the capital, are traveling there to soak up the sun and swim. For mountain lovers, summer is the best time to ascend the high peaks.

Yet another example is the OFF-SEASON. This is the winter season when large parts of the country have very cold weather. Many domestic travelers go to the southern coast to enjoy the sunny weather there. In winter, when most of Iran’s tourist destinations are deserted, travelers will find it extremely difficult to find a vacant room in the Persian Gulf islands or tourist destinations along the southern coast.

It’s vital to mention the region and name of the destination when we use the term HIGH SEASON and LOW SEASON. As Iran is not yet a popular destination to travel to in the world, most of Iran’s visitors are cultural-historical travelers who come here to sightsee. The major attractions are mainly located along the Iran Classic Route.

To explain better, we have categorized the term Best/Off-Season or High/Low Season to enable would-be visitors to have a clear idea of when it’s the best time to travel to Iran.

If Iran has a special fascination for you or you are either interested in off the beaten track destinations, or you are adventurous travelers wanting to include an activity during your Iran trip, please read “Climate and Weather for Travelling to Iran”. Also, another complimentary article on “How to create a successful travel itinerary for Iran”, might be helpful to you to make a well-informed decision for your holiday.

Normally the best time to to visit Iran is during the high season, (spring), as the weather is perfect for visiting the most popular tourist sites in the country. This season officially starts for international travelers at the beginning of March with it continuing until the end of May. The majority of people who are visiting Iran for the first time usually go to the main tourist cities of Tehran, Kashan, Esfahan, Yazd, and Shiraz. As well as international travelers, domestic travelers also like to visit these cities during spring.  Therefore, for a spring trip, you must book your accommodation and transport reservations well in advance. 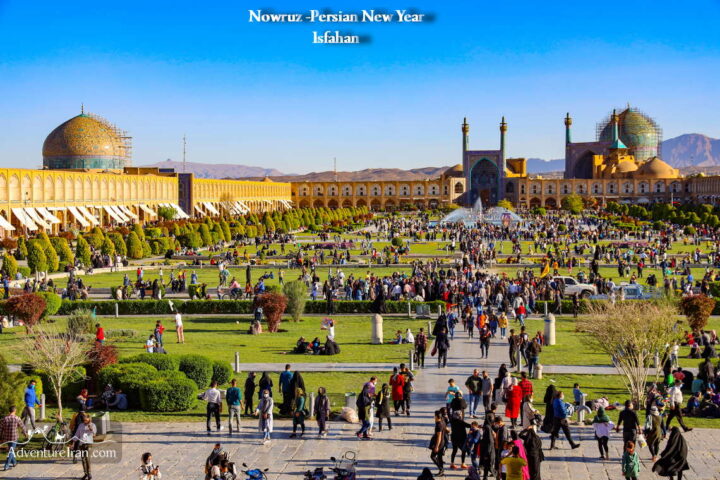 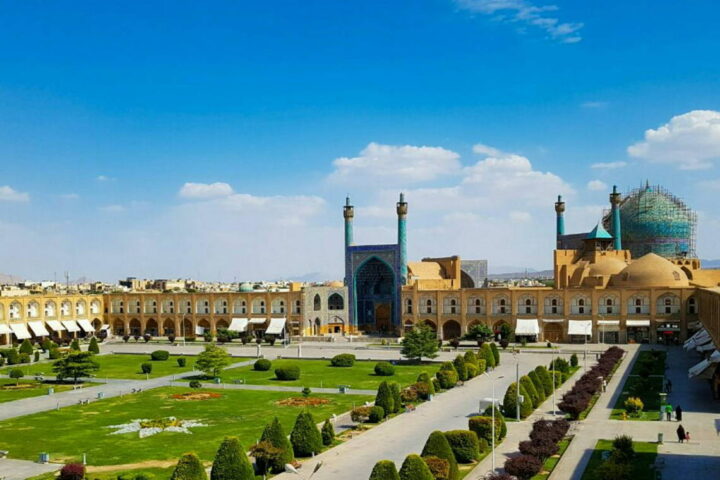 Note: Spring, is the busiest time to travel. “NOWRUZ”, (the Persian New Year), starts from 21 March till 2 May. This is the longest Iranian holiday when roads will be congested for a couple of days before the New Year and throughout the following two weeks.  Visitors also spend a lot of time enjoying the tourist attractions and the UNESCO sites which will be crowded.  As Tehran will be deserted during “Nowruz”, especially the first week of this holiday, it’s the perfect time to take advantage of a visit to the capital.

Important note: If you plan to travel by public transport such as tourist buses, trains, and airplanes during the Iranian New Year holiday, it’s crucial you book your seat at least two months in advance otherwise you risk not finding a vacant seat.

Another tourist season starts from the end of summer in September called the Shoulder season in Iran’s Lonely Planet travel guide. The weather is extremely pleasant for visiting the major tourist cities in central Iran until November. We have also included November in this season because the weather is mild allowing you to visit some desert regions where the temperature is ideal during this month. Apart from the advantage of good weather during this season, there are far less visitors compared to springtime. Most locals travel during spring so there won’t be much traffic on the road or sightseers in the main Iran UNESCO sites between September and November. Finding a room in standard hotels, historical boutique hotels or guest houses is much easier, and booking public transport is also much more straightforward with more seats available. If you are traveling in November and wish to add a few more days to your holiday, an excursion to the south would be a wonderful idea to experience a completely different climate. 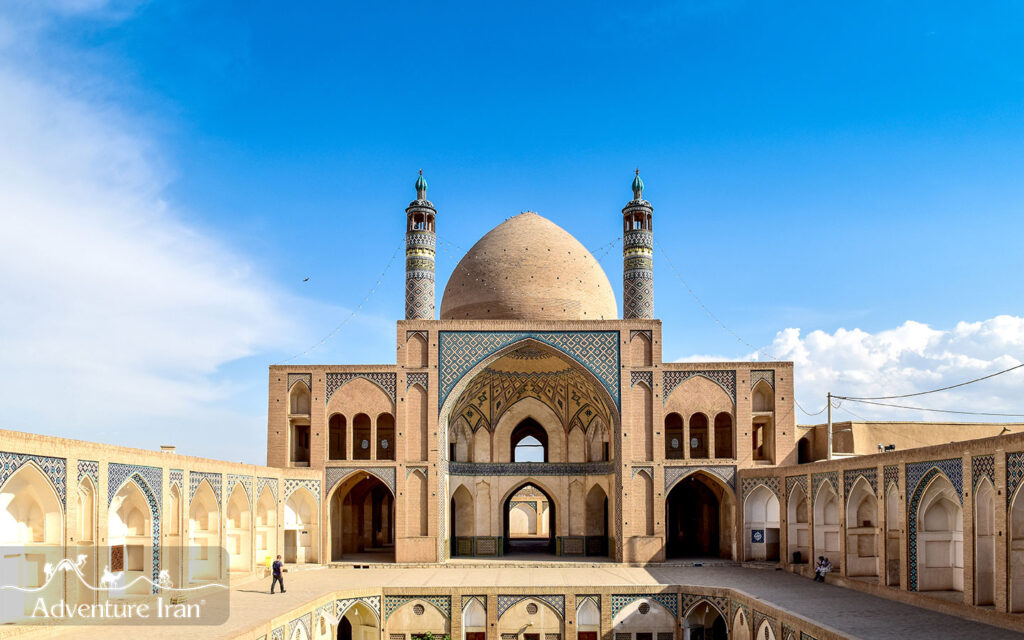 Iran’s low season begins from June as the temperature slowly rises in most parts of Iran’s plateau. The weather inside the main tourist cities is very uncomfortable with day temperatures between 30-40 °C.  These months are considered low season for most general visitors except for those who are sightseeing in central Iran.  However, the summer is the best time to travel for hiking and climbing in Iran’s high-altitude mountains. The only do-able season to ascend Mt Damavand for a non-professional hiker is the summertime. For cultural visitors, who are interested in Iran’s UNESCO sites, visiting the North West during summer would be a fine idea as there are so many different historical attractions to see in the cities. The temperature is very agreeable at that time

Another especially interesting summer trip is the One-Month Classic Overland Route for adventurers who are undertaking the long journey from Europe to India. They enter Iran from Turkey and exit from Pakistan. 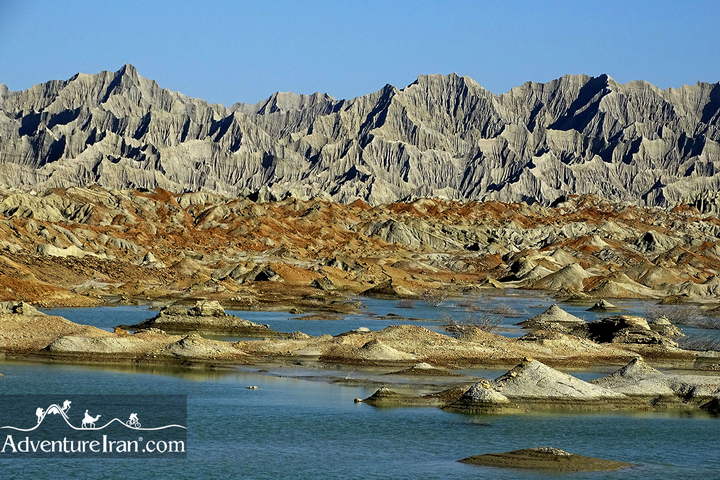 Winter is Iran’s Off Season when most parts of the country have a very cold temperature. Snow covers all the high mountains and temperatures are freezing. While mass tourism is non-existent during winter time, many travelers come to Iran especially during December till March for skiing in the Alborz Ski Region. As already mentioned, only the south of Iran and the Persian Gulf region are to be recommended during winter.  It is an excellent time to visit our beautiful country. It might not be the best time to Travel to Iran for many but to a selected few it could be the perfect time.