One of the forgotten tourist attractions in Iran was traveling by train and passing through scenic areas with different climates and spectacular sceneries. Thanks to joining the UNESCO World Heritage List in June 2021 with the help of Iran’s Cultural Heritage Organization, it can be brought back to life. Iran has many routes on its railway lines, with each of them having different historical, cultural, and tourism aspects, connecting all cities and villages of this vast country differently. One of the lines that is of great global importance is the Trans-Iranian Railway which is the northeast to the southwest line connecting the Caspian Sea to the Persian Gulf.

The length of this long railway is about 1,394 km, which is one of the most strategic railways in Iran, passing through four completely different climatic regions, including the Caspian Sea, the huge forests of Hyrcanian (UNESCO Natural site), Iran Mountain ranges (Alborz and Zagros ranges), rivers, highlands, plains and a desert (Dasht-e Kavir), and ending in the Persian Gulf which is a totally different story from all of the mentioned climates.

Along with this climate change, the diversity of ethnicities, cultures, customs, traditions, and languages of all these regions are highlights of this long route, especially for travelers who are interested in getting in touch with the locals and curious about new cultures and lifestyles.

The Trans-Iranian railways construction started in 1927 and ended in 1938. It is famous for its vastness and the workmanship required to overcome the difficulties along the way. It was a joint work between the Iranians and 43 contractors from all around the world. They made about 174 large bridges, 224 tunnels (and 11 spiral tunnels), and 186 small bridges along the route.

The railway runs from Torkaman Port (Bandar-e Shah), the northeastern port of Iran located on the Caspian Sea, to the port of Imam Khomeini (Bandar-e Shahpur) on the Persian Gulf in southwestern Iran. The train crosses the capital, Tehran, as it is the hub of Iran’s Railway network. Other lines were built later through the century, extending from this main artery to reach other parts of the country. 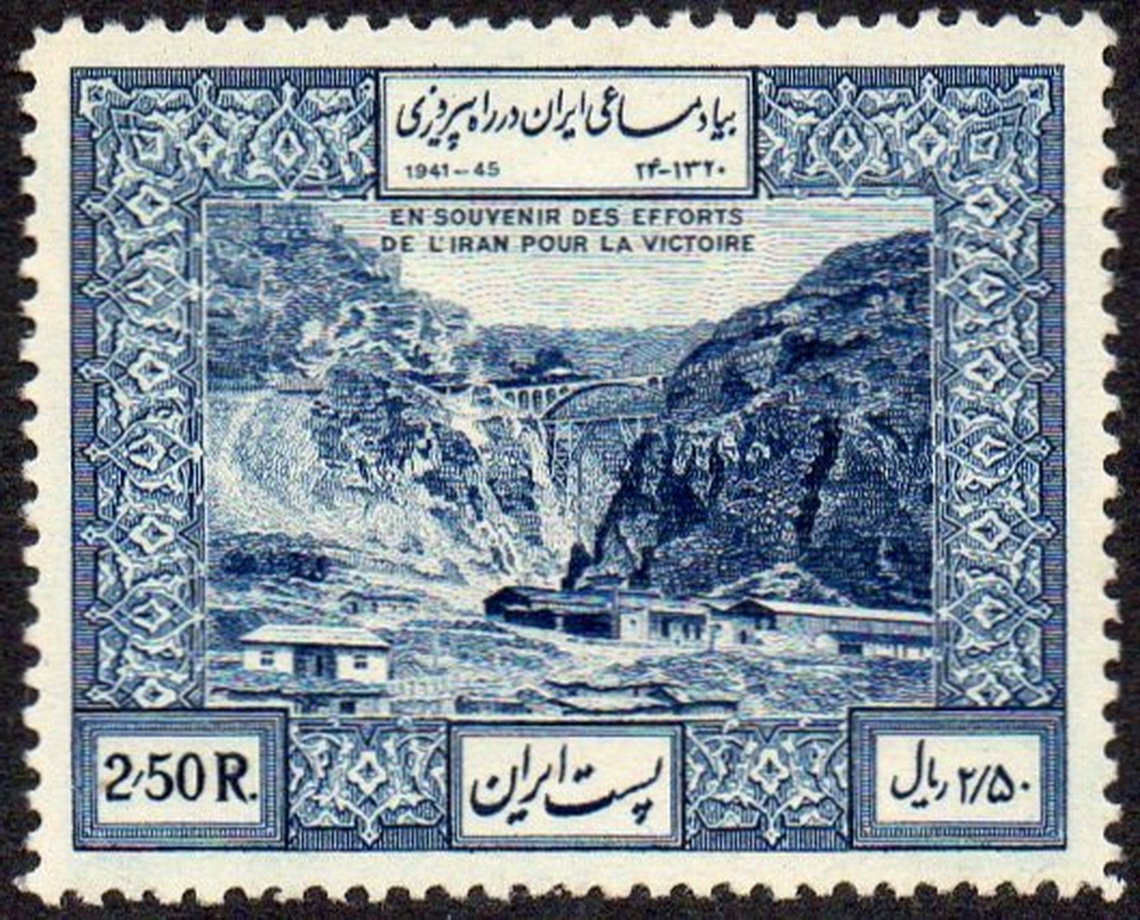 Crossing River with the Train 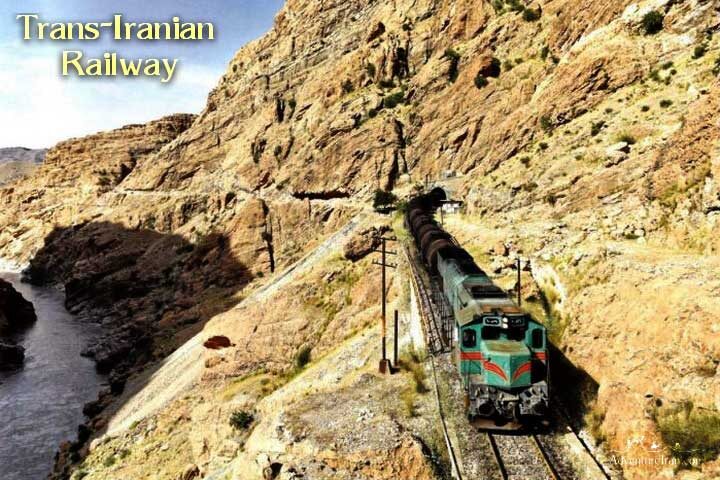 A number of selected photos of the construction and commissioning of Iran’s Trans Railway, which were made by the Iranian monarch Reza Shah about one hundred years ago: 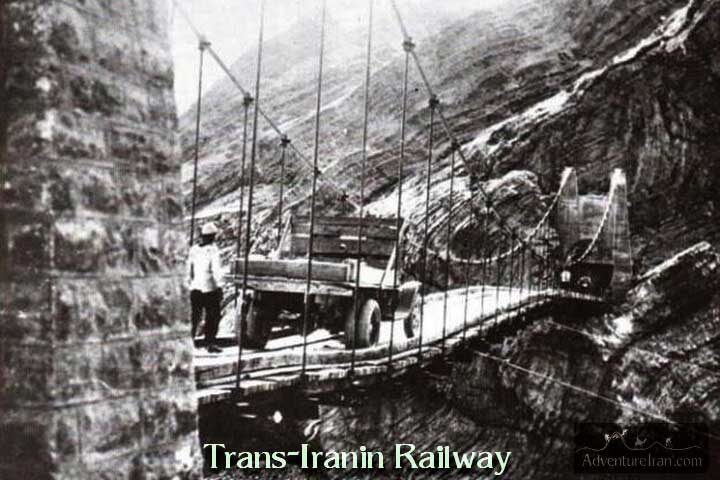 Travel in Iran By Train 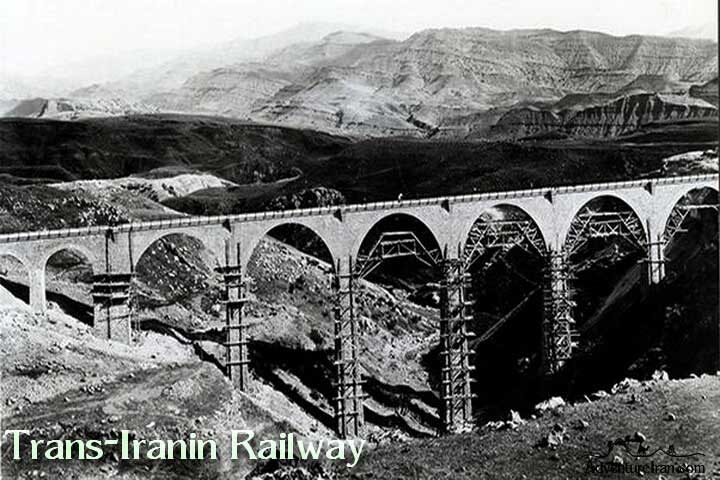 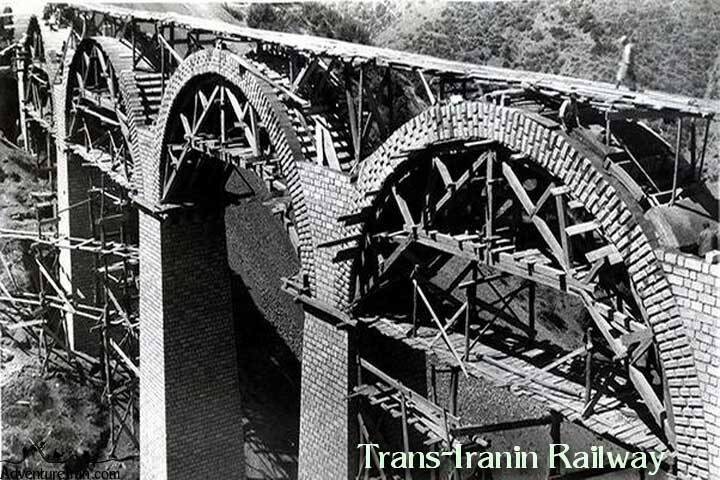 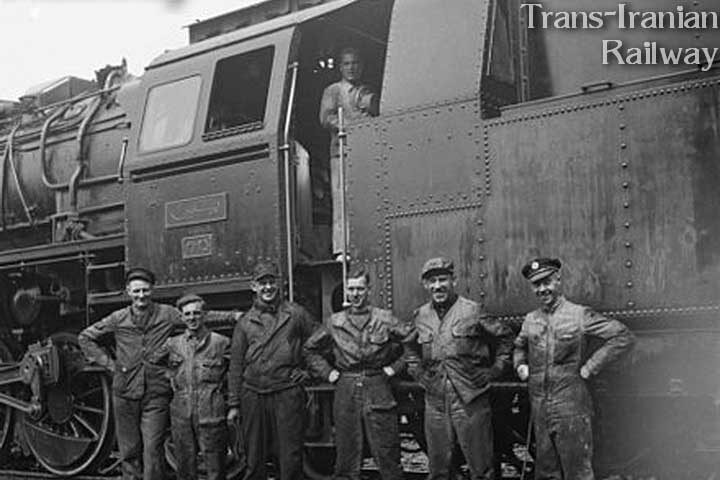 Journey in Iran by Train 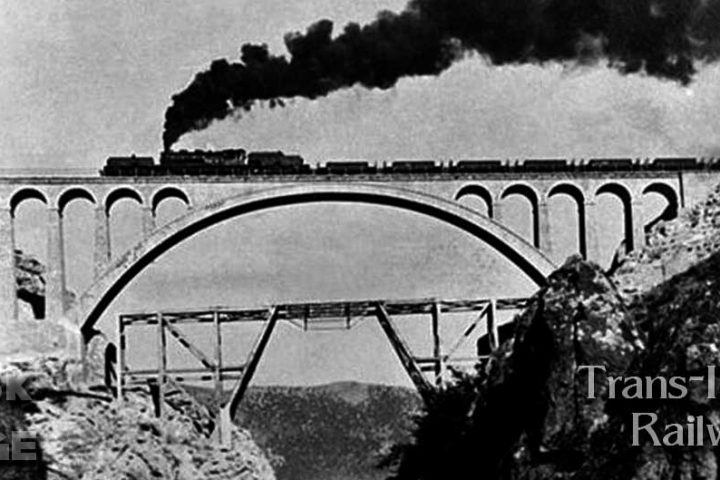 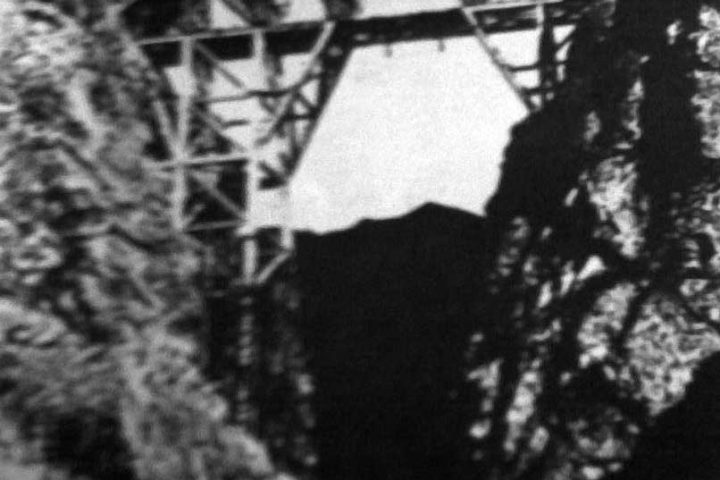