Hawraman (or Uramanat) is the name of a historical valley located in the mountains shared between the two provinces of Kurdistan and Kermanshah in the west of Iran. Uraman is the Kurdish word for Hawraman which is pronounced Huraaman. Generally, in different parts of Iran, it is called Uraman, Uraaman, or Avroman. It means the land of Ahura Mazda (the supreme god in ancient Iranian religion) in ancient Persian language. It is also the name of the mountainous region of Hawraman valley. In June 2021, The Cultural Landscape of Hawraman/Uramanat was inscribed on the UNESCO World Heritage List as the 26th tangible cultural heritage of Iran at the 44th session of the UNESCO World Heritage Committee. This valley, unknown for many years, is one of the main natural/historical attractions of the west of Iran. 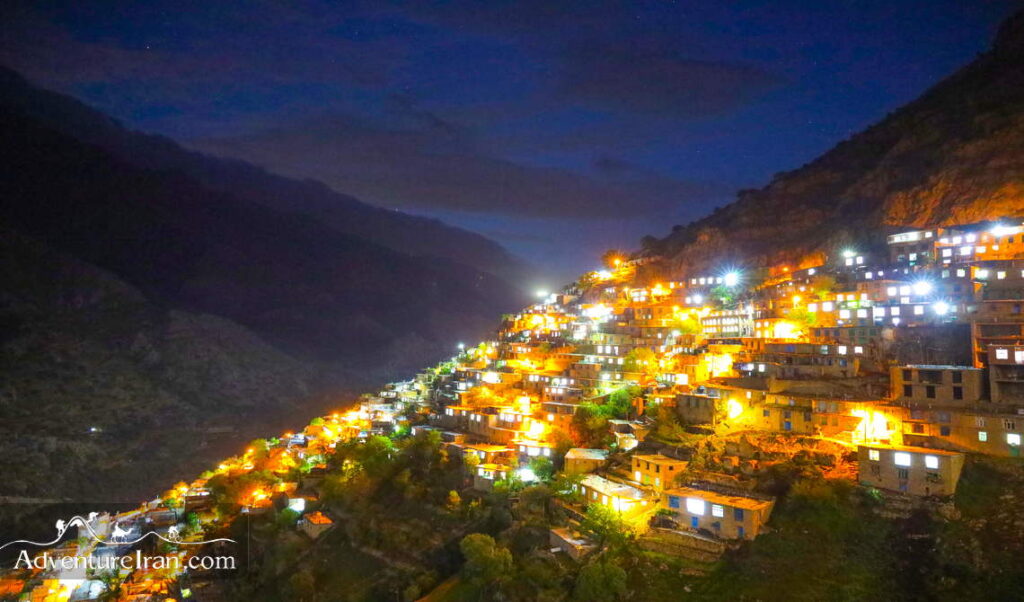 Along with the long history of the region and Kurdish people, the valley has many villages which have unique stair-like architecture. The villages are special in the way the rural areas house many dense and step-like rows of accommodation in such a way that the roof of each house forms the yard of the upper one, making it an exceptional sight to see. The rich culture of the Hawramani people which is famous for their hospitality is one of the other attractions of Uramanat and makes this destination different from other regions. Since 3000 BCE Kurdish tribes have inhabited the region and lived on the economy based on agro-pastoral activities in this valley. Kurdish people are famous for being the tough guys and they are used to live and survive in the mountains for many years. 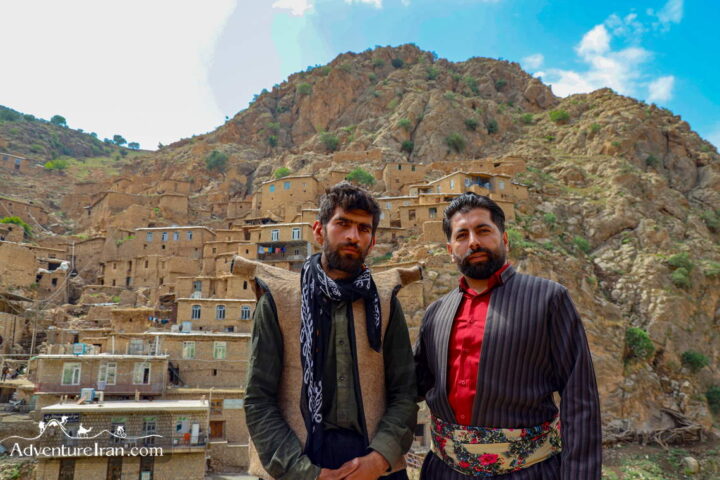 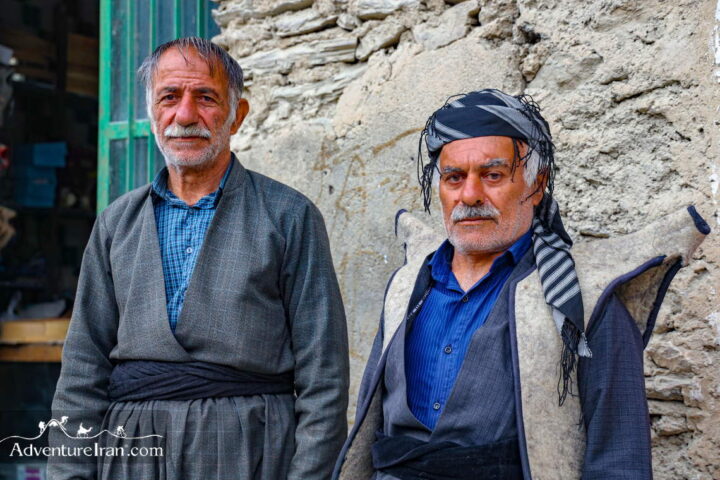 Hawraman or Uramanat is in the heart of the Zagros Mountains range, one of the two main mountain ranges of Iran, where there are a lot of springs and rivers. Moreover, a river flowing from the important river of Sirvan creates a magnificent ecosystem in the valley. It is surrounded by huge mountains with deep canyons that make an amazing landscape in Kurdistan land. There is also a spring called Bil (Kani Bil) which is one of the largest water resources in the whole region, and it has a discharge of about 3000-4000 liters per second. 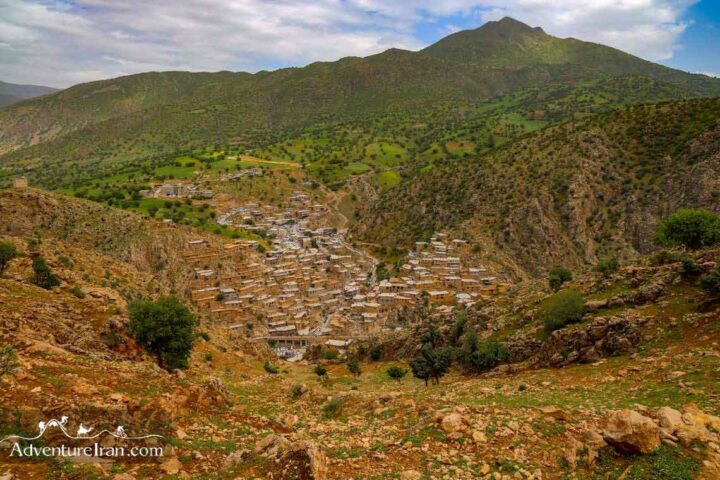 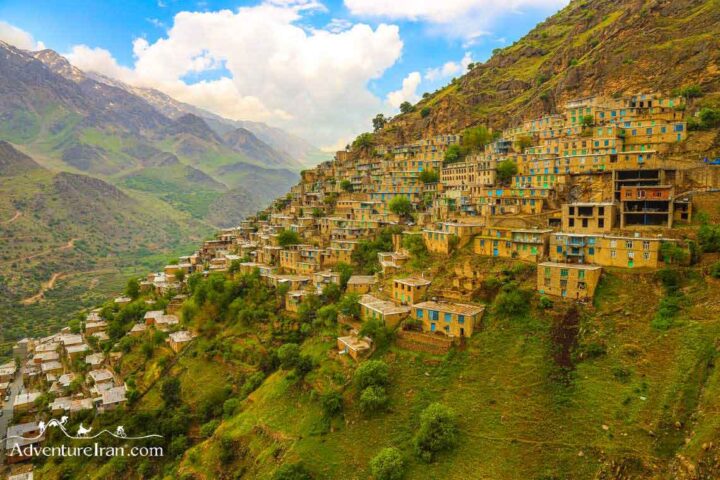 As semi-nomadic people, Hawramians do a seasonal vertical migration. In the winter, they migrate to the lowlands to take shelter from the cold, and in the summer, they occupy their highland properties to escape the high temperatures. This is a fairly used practice in most parts of Iran that share this type of land. They have an uninterrupted presence in the land. They are famous in Iran’s history as the people who stood successfully against Alexander the Great when he attacked Iran and made huge damage to his army. It is characterized by their endemism evidenced by found items in their territory. They have been successful in adapting to their environment and keeping their culture and history untouched by the passing years.

In Hawraman, they have a special annual traditional event called Pir-e Shaliar which is performed in the winter. The people come from different villages to Howraman Takht village while wearing their own colorful traditional clothes. They also do Kurdish historical dances at this event and make local foods in the ceremony. For cultural/historical travelers, spring and autumn are the best times to visit here, but it is noteworthy all year round. The road during winter will sometimes get covered in snow but it makes a spectacular scene with a broad range of views for landscape photographers. 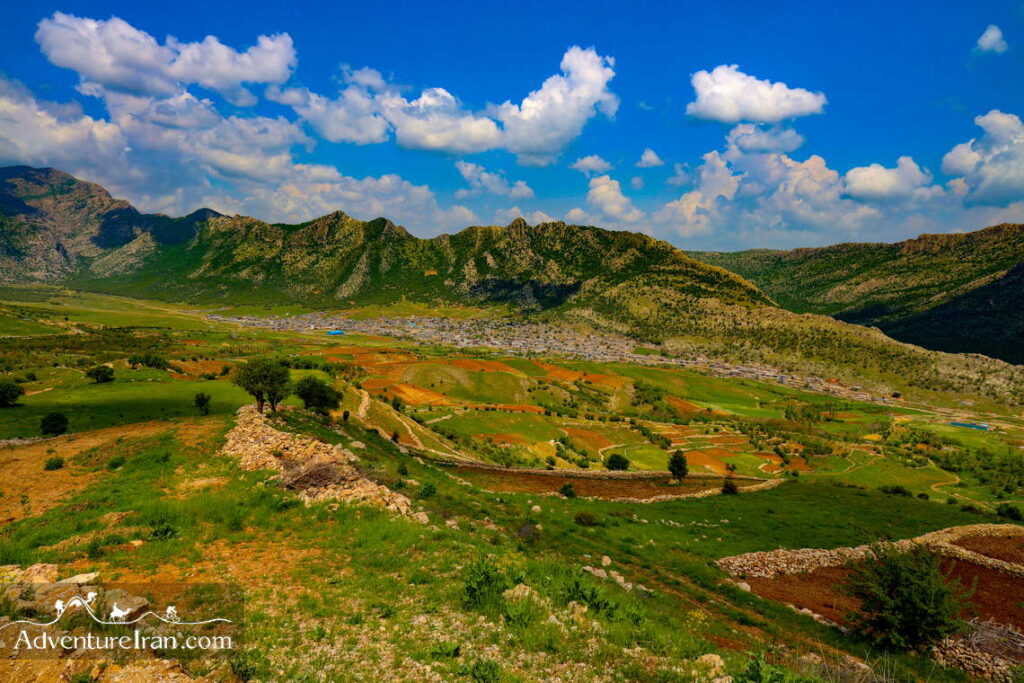 Along with the cultural aspects of Hawraman for the tourism industry, the region has many mountains and trails for adventurous and active tourists. In 2006, for the first time in Iran, Adventure Iran made a long trekking trail through the mountains from Sanandaj, the capital of Kurdistan province, all the way to Iran’s west border, that crossed Oraman valley and villages like Besaran, Avihang, Hoyeh, Dagaga, Palangan, Oraman Takht, and Hajij. At that time, most of the villages connected via mule road (a dirt road), but nowadays, most of these roads are paved, so we created another track through the mountains to replicate this ancient trail. The difficulty level of the trek is between moderate to challenging. For trekking, the season starts in April and finishes around the end of October and sometimes mid-November. In early spring and late autumn, the trail is at its most difficult, but for the rest of the year, the trail has a moderate level of difficulty. 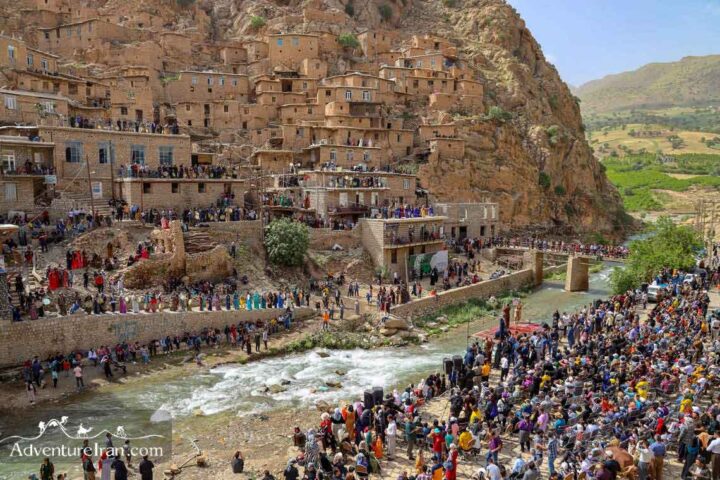 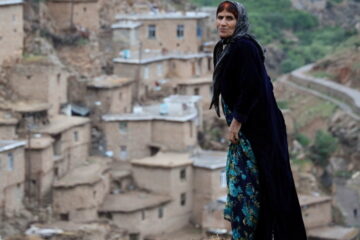