This clip is about one and half years of photography and life in the Shemshak village after Coronavirus from February 2020 till August 2012. The photos and time lapse were taken with Canon EOS-R camera and a few of them recorded with Go pro. The original reason for this was to have an archive of photos from this amazing place and use it in the Adventure Iran website as the Shemshak photo gallery section.  After a while when I saw that I have a good collection of photos from different aspects of the region like nature, landscape, people, night photography and the changing seasons, I made the decision to make a photo book for the region as well as making a short clip of the slides of my photos. I hope you enjoy it and would be useful for your information.

Shemshak village and in it Shemshak Ski Resort which is one the main three ski resorts of Iran, is about 55 km away from the north east of Tehran. Darbandsar village and the ski resort are also nearby Shemshak which is 4 km away and it’s one of the other ski regions in the area. The third is Dizin ski resort which is Iran’s largest ski resort and its 14 km away from Shemshak village. These three villages are located in the valley and many mountains above 4000m in the Central Alborz surround these regions. Shemshak village has an altitude between 2600-2800 m and As it was an important coal mine in the region (about a 100 years ago) which was about the beginning of 20 century, the majority of locals worked in the mine. Afterwards in the middle of 20 century (1949), skiing on Shemshak started. After 10 years in 1959 the first lift was constructed on the mountains in Shemshak and it became one of the first ski resorts of Iran. Then Shemshak’s tourists hotel was built inside the piste and Shemshak became a famous place for many wealthy people of the capital. The mine closed down around that time and the ski resort developed a second generation of people who lived in Shemshak and other neighboring regions to become workers in ski resorts. They worked in different fields, many locals were involved in the lift construction system and many were active inside the buildings and office of the piste. Also the hotel used the locals for their staff and the young generation of locals became ski coaches and guides for people who came from the capital or other cities. Other ski resorts like Dizin and Darbandsar also built around that period but most of the famous ski athletes were from Shemshak village. After the revolution many things changed and most locals moved to the capital because there were not many jobs left for them. The ski resort was not like the old days anymore. 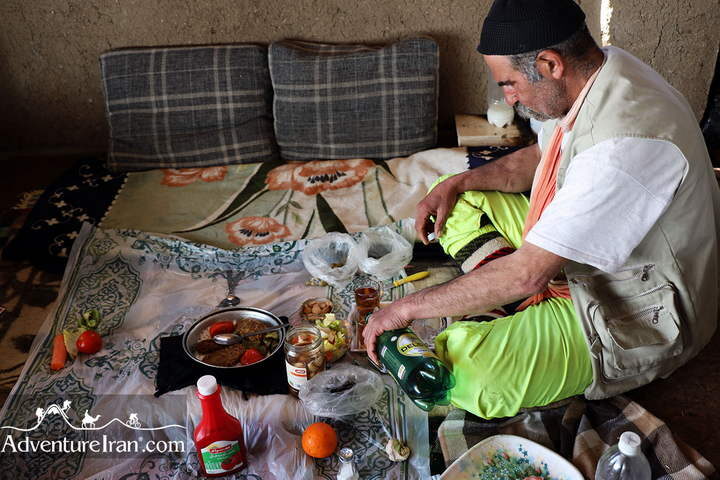 Nowadays this situation is worsening and most locals have sold their property and unfortunately a lot of big constructions were built in this region and many big towers are under construction and it is changing the authentic atmosphere of this region. Today some locals are construction workers for big companies and some of them are staff or maintenance workers for the towers. The rest moved to the capital for their children as there is no education and secondary school in Shemshak anymore. There are a few families who have their own ships and boats and they work in the agro pastoral industry in the mountains here.

Along with the local history this area has a lot of attractions for nature lovers and mountain freaks. From the village you can climb to many directions and each side has different mountains. In the southern side of the village, Abnik Mountain with 3500 m altitude, is one of the mountains you can climb which is accessible through the piste of Shemshak. In the northern side there are three famous mountains which also start from the village. MT. Sarkachal 1 (4210m), Sarakchal 2(4152m) and Sarakchal 3 (2124m) are the high peaks you can ascend from the north side of the village. Also you can continue your trek from Sarakchal ridgeline towards the west to reach another famous mountain called Mount Kolonbastak (4170m). The ridgeline of Kolonbastak-Sarakchal is one of the most famous and challenging ascents for local mountaineers. Summer is the perfect season for those mountains. There is also an old trail from this region that leads you north, you have to cross the Alborz Mountains and with a trek for a couple of days, you will reach the Caspian Sea.  The locals used this trail for transferring their goods 100 years ago. Along with ski activity and trekking, mountain biking is also another activity which is perfect for this region. You have two choices: road cycling and mountain biking. 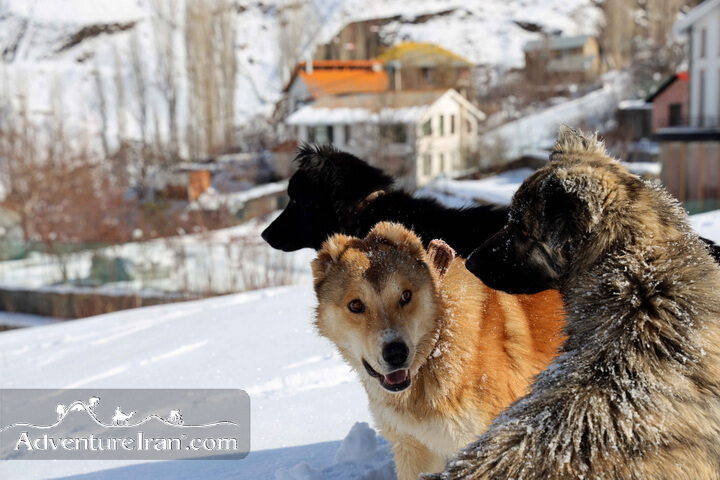 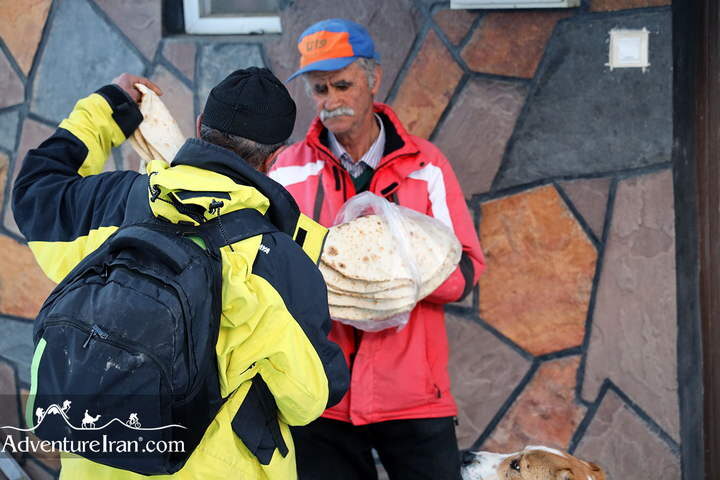 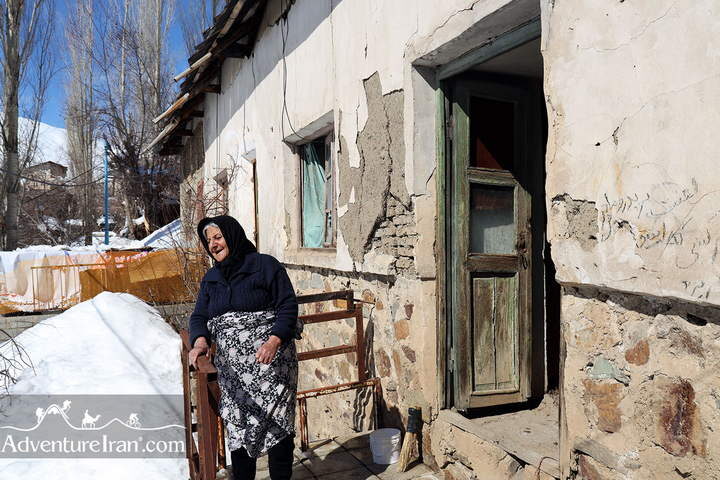 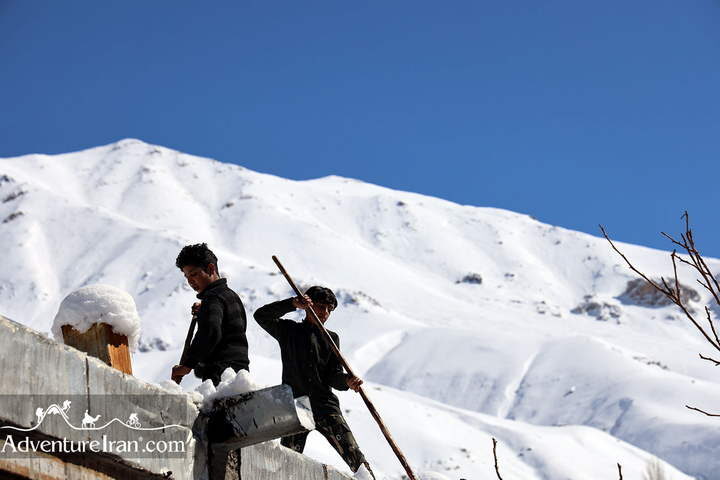 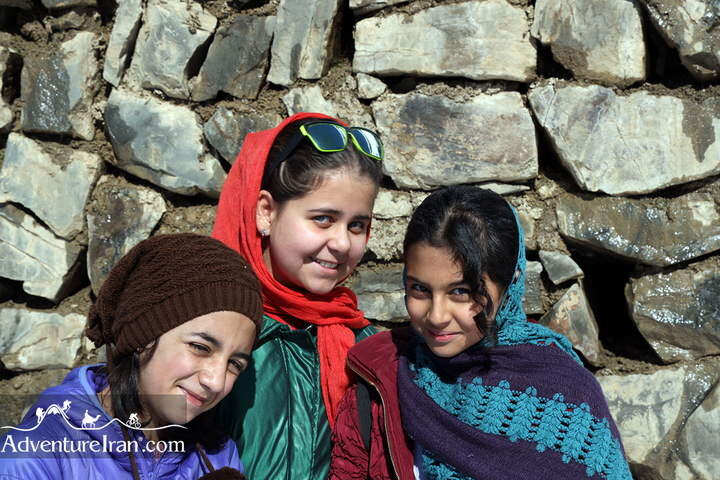 From the village you can cycle towards Dizin ski resort which is a 600 m ascend through the gavel road. For those who like to have a challenging ascent, you can continue up to Sichal peak (3700m) through the piste of Dizin which is ideal for mountain biking. Also you will have an amazing downhill afterward to go back to Shemshak as well. At the end there is a canyon called Hameloon which is a good place for ice climbers in the winter.

Having all the 4 seasons with a broad range of climates made this region the home of mountain lovers and would be your perfect choice for adventure holidays in Iran. 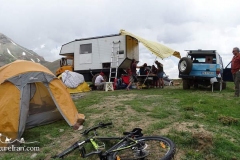 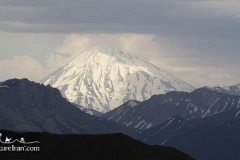 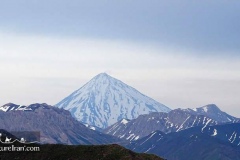 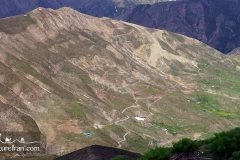 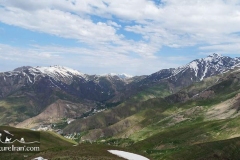 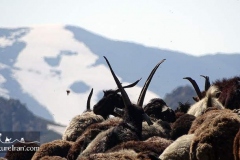 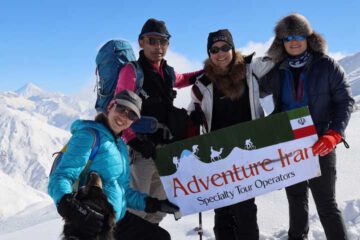 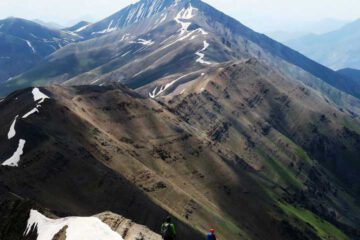 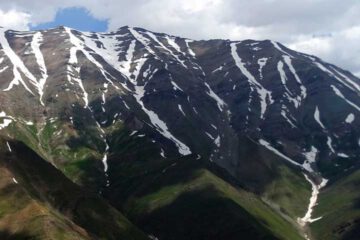 A two-days trip starts from Tehran to stay in high village of Shemshak and climb Mt Sarakchal (4,210m) with the
2 Days
Challenging 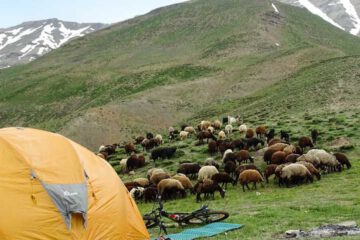