Dobarar (Ghareh Dagh) Ridgeline is an impressive 52 km long mountain chain that forms a continuous wall in the southeastern portion of the Central Alborz Mountains in northern Iran. This ridgeline consists of more than 20 named peaks and many other unnamed high points. The elevations of 5 of these peaks exceed 4000 m. The highest one is the 4072 m summit of West Doabrar Peak. The ridgeline starts near the Emamzadeh Hashem Pass on Haraz (Tehran-Amol) Road and heads east to end near the village of Seh Band on Firooz Kooh (Tehran-Sari) Road. Many tourists and ski players travel to Dobarar Ridgeline annually to enjoy the exciting experience of Iran Ski touring. 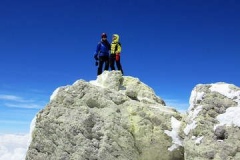 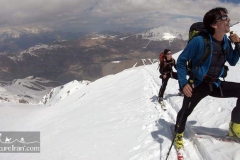 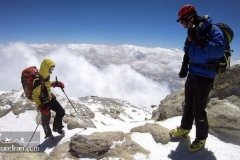 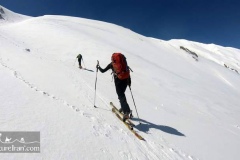 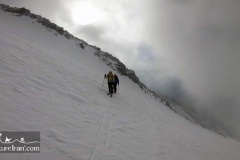 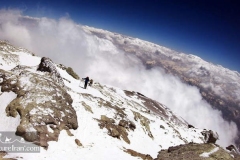 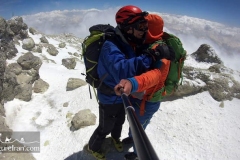 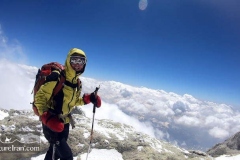