Iran (Persia) was on the main way of the Silk Road and this region was the host of many caravanners (traders, travelers, and writers) who traveled along with the Caravan. The word caravan historically comes from the Persian language meaning “group of desert travelers”. But, the first historical caravanserai dates back to more than 2500 years ago during the Achaemenid era. Persian caravanserais got more popular when Shah Abbas ordered to make 999 caravanserais in Iran about 400 years ago. The usages of the caravanserai were like inns between two regions. They were temporary living quarters and also the hub for traders and a safe place to meet people.

Nowadays many of those caravanserais are destroyed and the remaining are under renovation for usage in the Travel industry. Some of them are renovated as boutique hotels which are a perfect choice for staying as your lodging in Iran. Here is the list of the most famous Iran Caravanserais to stay in:

Abbasi Caravanserai was built in 1750 by the order of Sultan Hussain one of the Safavid dynasty Shahs. He gave the Caravanserai as a gift to his mother. As of then the name of it was changed to Madar Caravanserai (Madar is mother in Persian). For some time in the Qajar dynasty, the national sugar company rented the place. They used it as storage and the transportation of cargo made significant damage to the building.

But in the year 1958, this Iranian Caravanserai was restored by a private company. Under the watchful eyes of André Godard, it became the Abbasi Caravanserai. Some years later the company bought the near field to expand the business.

Abbasi Caravanserai is located in the middle of Esfahan city. It is a good reflection of the historical past of Esfahan city. You can see many beautiful tile works, glasswork, and carpentry resembling the Safavid art. Walking in the interiors will give you a good idea about the style of architecture of the era. It has a four-Iwan plan and on each Iwan, many rooms and suites were built in the years. It has an open-roofed Chaikhaneh (it is like a Cafeteria in Persian culture) in its Yard with the 4 Iwans surrounding it.

In 2017 it was chosen as the most beautiful hotel in the Middle East. 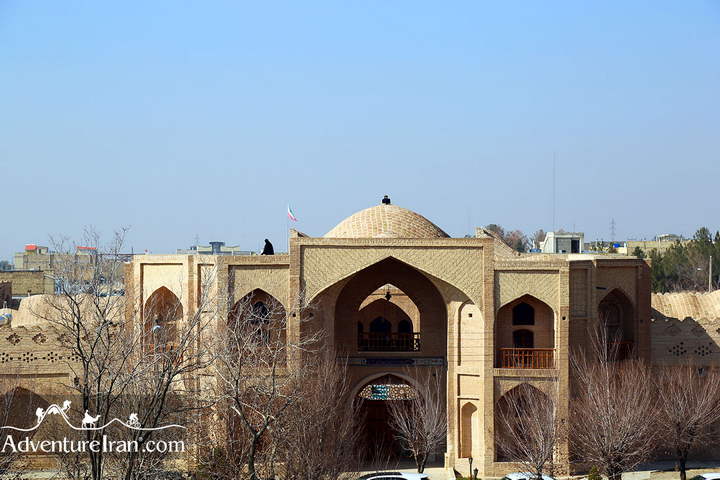 Built in about 75 kilometers from Isfahan, this caravanserai among 999 others were built by the order of Shah Abbas for the merchants of the Silk Road in Iran. There was a stone writing on the building that showed the caravanserai was built in the year 1621 but sadly it was lost in the years. It has one of the latest renovation dates between our candidates. It started its renovation in 2013 and before that the building was used for many purposes. Now it has 25 rooms including 2 rooms called “Shah Neshin” (sitting area for Shah in Persian) which was the place that Shah Abbas himself stayed in when he visited this Caravanserai.

It has a lovely yard with first-floor rooms surrounding it. There are 4 guarding towers surrounding the Caravanserai. many aspects of the Iranian architecture during the Safavid era can be seen in this complex.

Maranjab caravanserai is located at the heart of the Maranjab desert. You can reach it from Aran and Bidgol city or the Dasht-e Kavir national park. Shah Abbas built this caravanserai in the year 1637 for the passing Silk Road traders that crossed the area for reaching Khorasan and Esfahan. It is built on a hard base made of stone and this helps the building greatly in preserving it through the years. It is about 3500 cubic meters and has 4 guarding towers surrounding it.

In the year 1999 the Ministry of Cultural Heritage, Handicrafts and Tourism bought this abounded caravanserai and started the restoration process taking about 5 years. It has 29 rooms and the experience of desert nights in its courtyard is one you can’t ignore.

Zein-O-Din caravanserai is located about 62 kilometers from Yazd city, the capital of the Yazd region. Shah Abbas ordered building this caravanserai around the year 1720 for traders traveling in the Silk Road. This caravanserai is one of the most beautiful caravanserais built in the Safavid era and the only intact round caravanserai in Iran. Entering this complex can feel like a travel in time, it has respected its history by preserving the Iranian traditions. Most rooms have no beds and only traditional Iranian bedding on the ground and nearly all of them are separated from each other with curtains. it has a must-see Chaikhaneh with classic architectural elements of its era. All things considered, it is a must-see if you cross paths with it with beautiful desert nights to remember on its roof. 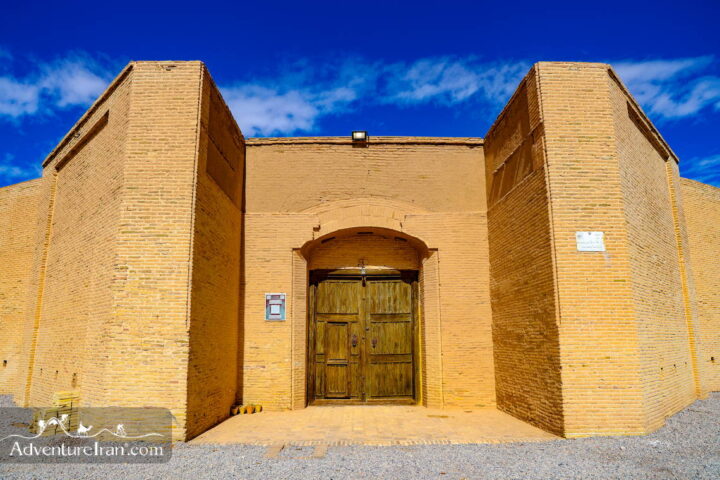 As the youngest addition in our list, Moshir caravanserai can be a bit different from its oldest siblings. It was built in the Qajar dynasty, about 150 years ago. Because of the changes that many aspects of art in Iran got through in the Qajar dynasty, the architecture of this caravanserai is completely different. They built it as a resting area for Caravans traveling to Yazd and because of its good location which is near the Bazaar of Yazd, it quickly became popular among people. The rebuilding began in 1997 and ten years later started anew as a Hotel. It is a good option for travelers who want to explore the city of Yazd besides a stay in a historical era of Iran.

Why should you stay in a Caravanserai in Iran?

Staying in these Caravanserais can be a fun experience and a chance to live in a part of the history of Iran. Most of the listed above hotels are on the Classic route of Iran and this is a bonus for first-timers who want to visit the main touristic destinations of Iran besides an unforgettable stay in the remaining Caravanserais of Iran. 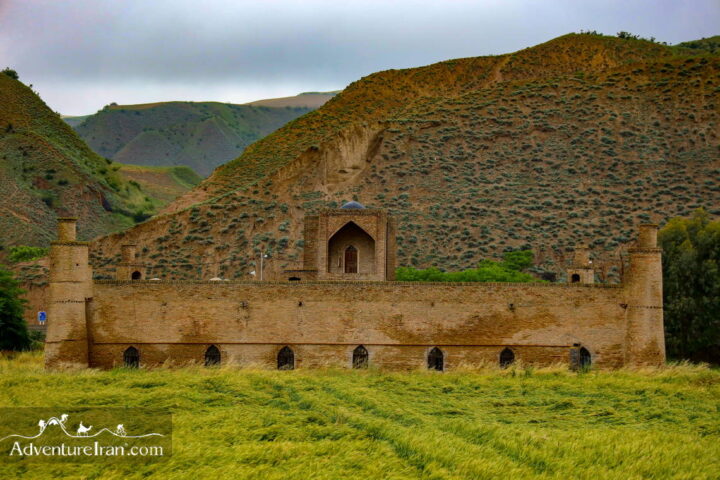