Like other ancient nations, Iranians have their festivals and traditions. One of these festivities is called Chaharshanbe Suri. This impressive festival is one of the most popular celebrations among Iranians. Chaharshanbeh Suri goes back 1700 years BC and is held on the last Wednesday before Nowrouz, (New Year). To be more precise, this festival feasts on the evening of the last Tuesday of the year and is a mixture of great and little traditions.

Chaharshanbeh Suri is also the fire dance to welcome spring. “Chaharshanbeh Souri” gets made from two words. ،The first is a day of the week, (Chaharshanbe is Wednesday), and the other, (Suri), means redness. Fire has been respected not only in ancient Iran but also among Indians, Europeans, and other cultures. The ancient Iranians believed in the power of purification by fire. This belief was so strong that to prove a person’s innocence of any wrongdoing, the person had to cross a blazing fire. An example of this is Siavash’s character in the Shahnameh, (the epic poem), by Ferdowsi, (the Persian poet and author), who passed through fire to prove his innocence. 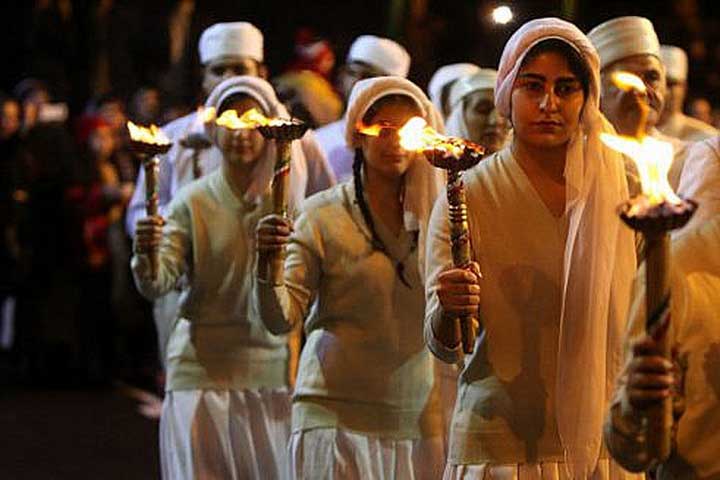 The most important and common rituals related to Chaharshanbe Suri are as follows:

Jumping over the fire

The main tradition in Chaharshanbe Suri is to make a bonfire, set fire to it in the evening and read the poem “My yellowness for you, your redness for me” (in Persian «زردی من از تو، سرخی تو از من») when jumping over it. This poem has been a prayer that Iranians have long been singing to fire, asking for it to put an end to diseases, boredom, and the worries of the past year to start the New Year afresh with happiness and vitality. 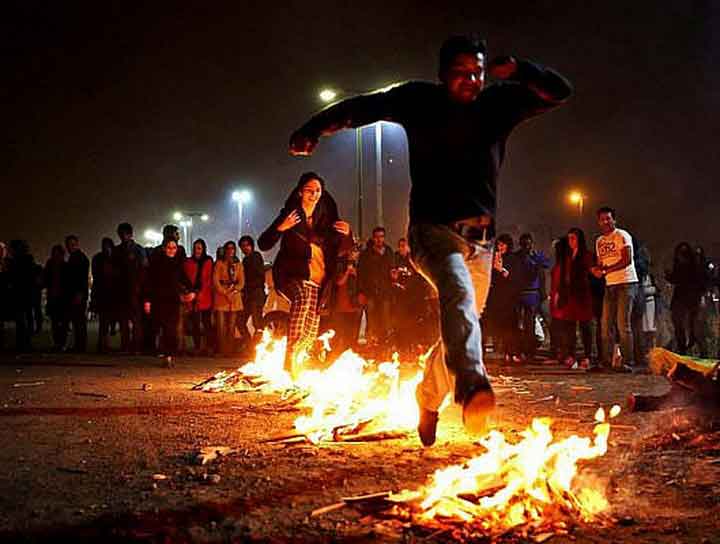 In many cities, When they are jumping over the fire, they have a jug that they will break under their feet. The origin of this ritual is probably due to the belief that jumping over the fire causes misfortune to be transmitted into the jug. So breaking it eliminates any ominous feelings. There are minor differences in the performance of this ceremony in different parts of Iran. In Tehran, for example, several coins are in the jug. In Khorasan province, they put some coal, salt, and coins in it.

In the past, after setting the fire alight, all members of the family gathered together to roast salted dried seeds to eat. These seeds could be watermelon, wheat, hazelnut, pumpkin, pistachio, melon, almond, pea, and hemp seeds. They believed that the person who eats this mix will have a kinder character. Also, it has the power to save someone from jealousy and villainy and they also believed that eating these nuts brings good fortune for them. 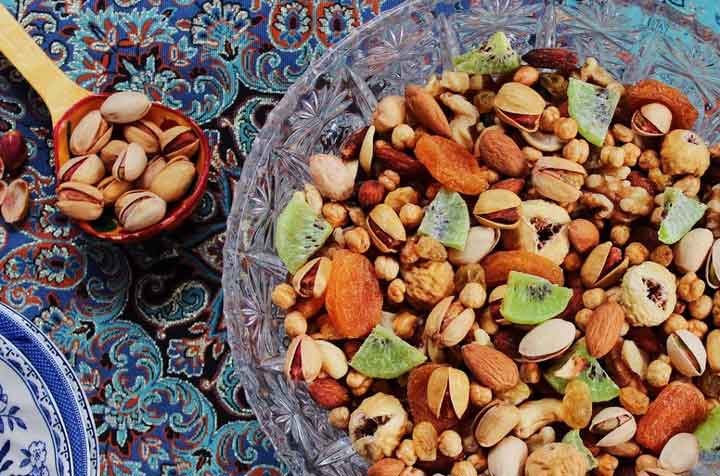 Boys and girls disguise themselves for this tradition. they don’t want to get recognized. They then go to their relatives and neighbors’ homes carrying bowls and banging their spoons on them. When the neighbors hear the sound, they fill the bowls with nuts, sweets, chocolates, or money.

Eavesdropping is one of the customs of Chaharshanbe Suri. In this tradition, young girls make wishes, stand behind a wall and listen to passers-by talking. Then they try to guess their future by interpreting the conversations of the passers-by.

Chaharshanbe Suri is one of the most important national celebrations for Iranians all around the world. However, most of these traditions are not so common these days with variations to the festivities.  People mostly make bonfires on this significant day, gather around it, dance, eat and talk to each other. If you want to enjoy this joyful Persian festival, travel to Iran before the last days of the solar year. 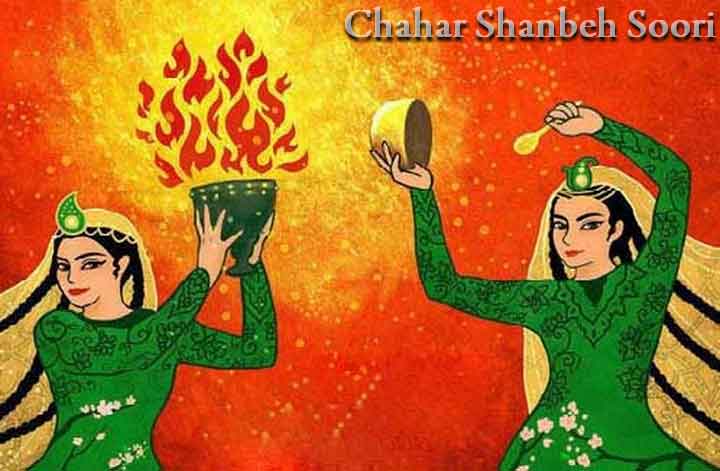