Iran, with its numerous high peaks in the Alborz and Zagros mountains, is absolutely the loneliest destination for skiing and Ski touring in the Middle East. Having a high snowfall starting from November till June in the towering mountains on the one hand, and having 150 mountains above 4,000 m on the other, makes Iran an ideal destination for Ski Touring. There are many pistes above 2,500 m level and the amount of snow is also perfect for winter activities. Adventure Iran operates many ski touring trips in Alborz and Zagros mountains in Iran. Depending on your ski level and time of travel, we advise different locations and paths for professional and amateur skiers. 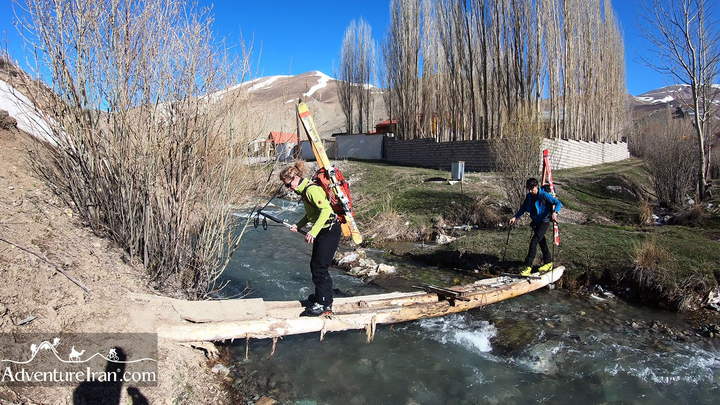 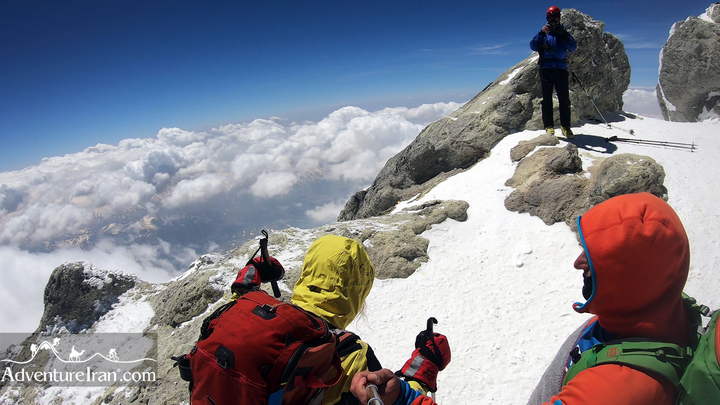 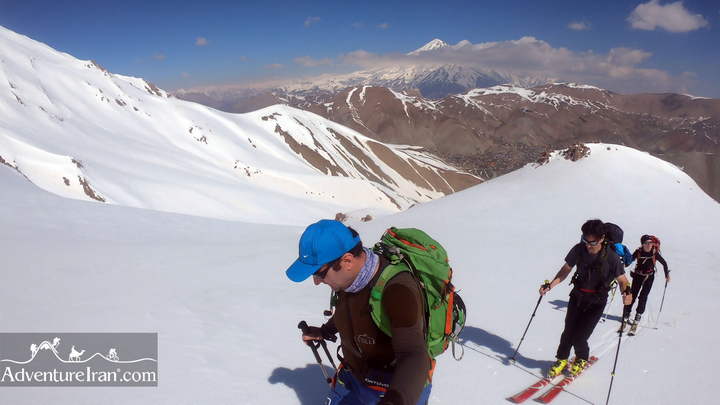 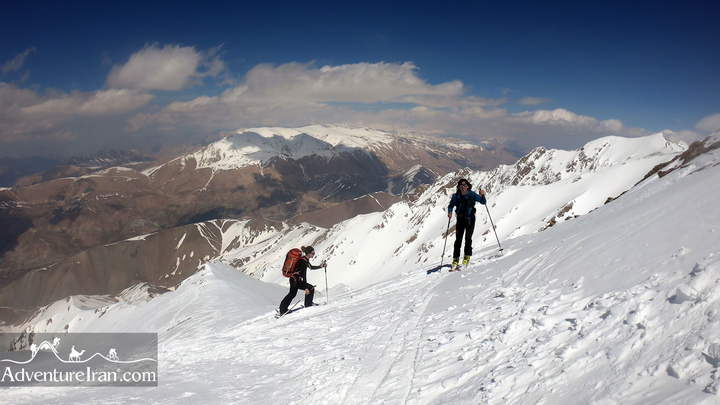 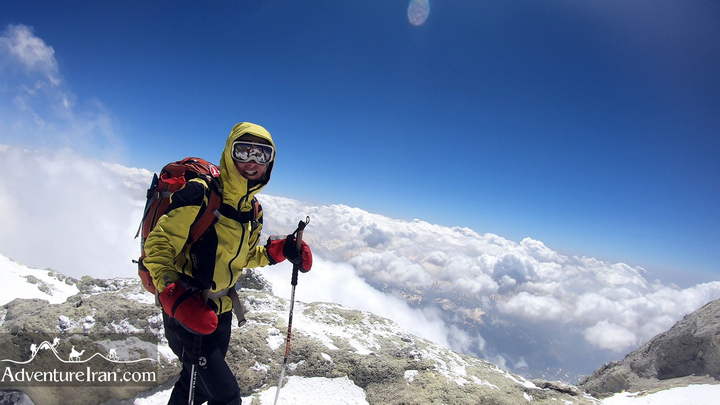 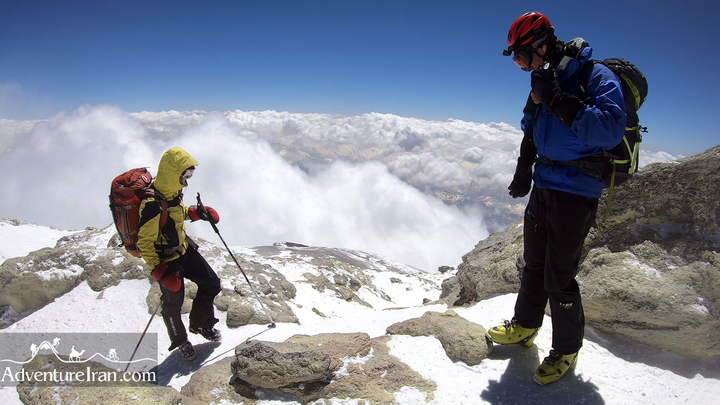 One of the most popular ski touring adventures which has attracted many ski enthusiasts is Mount Damavand (5,610m), the highest mountain in Iran and the Middle East. The Mount Damavand Ski Touring in Asia’s highest volcano mountain tour is a one-week trip that Adventure Iran conducts in the spring. We also combine Damavand Ski Touring with Dobarar mountain range, which makes the best combination for powder skiing, leisure trips, views of other mountains and Mount Damavand, and acclimatization at the summit. Ski Touring in MT Damavand and Dobarar Mountain chains is a ten-day trip covering both these mountains. Damavand is only 100 km away from the capital and is within easy reach of the base of Damavand where you can start your ski tour.

The Alam Kuh Mountain is the second mountain in Iran in terms of altitude at 4,850 m above sea level. It is also one of the most challenging peaks in Iran. Sometimes, you can ski in Alam Kuh Mountain till June, depending on the snowfall during the year. Mount Alam Kuh Ski Touring is a one-week tour that is perfect for skiing between late April and early June. Alam Kuh is situated in the Caspian Sea region and it is about 300km away from Tehran city from the foot of the mountain.
Mount Zardkuh Bakhtiari range is another mountainous destination that is ideal for Iran ski touring. There are a couple of peaks approximately above 4,000 m where you can start skiing every day. The closest peak to the city is Chelgerd nearly 200 km away east of Esfahan. Moreover, it is 500 km from Tehran city.

The ski touring season starts here in Chelgard before the central Alborz, like Dizin and DarbandSar ski resorts, as snowfall reaches a significant level earlier than in the other regions. It is an excellent destination if you would like to come during the winter. Sometimes the ski season starts in December in this area, as there is a heavy volume of snow in the high altitudes.

The options mentioned above are for those who would like to enjoy the peaks. However, there are also a lot of other mountain regions where you can do Ski Touring in Iran, and it is not strenuous compared with the difficult summits that we explained earlier. In Central Alborz Mountain, there are a number of mountainous regions where you can do ski touring in Iran. The ski touring region could be near the ski resorts or it can even be far away from the pistes. Adventure Iran also offers a couple of tours for backcountry skiing and ski mountaineering. Below are some of these tours:

· Powder Skiing near the resort of Dizin