Zardkuh Mountain Chain, the name of a sub-range of the Zagros Mountain range, stands in the center of Zagros and is one of the most popular mountains in the entire Zagros Range in Iran. It is also spelled Zard Kouh, Zad Koh, Zardkuh, Zarduh Kuh, and Zard Kuh-e Bakhtiari.  In Persian, Zard Kuh means “The yellow mountain”.

The mountain is located in Chaharmahal and Bakhtiari province in western Iran.  Zardkuh is near the two famous cities of Shahr-e-Kord and Koohrang and is one of the most beautiful places in Iran.  Karoon and Zayandeh-rud rivers are the two major rivers in the country originating from ZardKuh Mountains.  There are a number of mountains over 4,000 m in this mountain chain such as Haft Tanan 4,019m, Shah-e-Shahidan 4,180m, Ab-Sefid 4,050m, Koloonchin (Do-Zardeh) 4,221m, and Khersan 4,050m. There is no specific name for Zardkuh peak in the entire Zardkuh mountain chain.  However, most people, even local climbers, mistakenly refer to it as Zardkuh’s peak, “Koloonchin”, because it is the main summit in this chain. 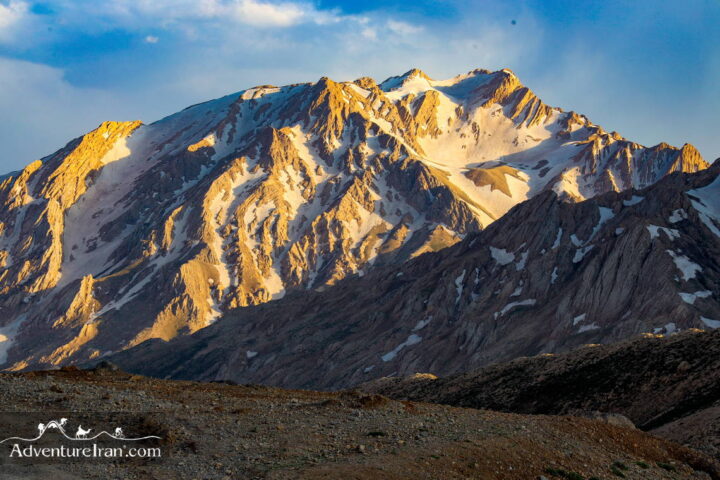 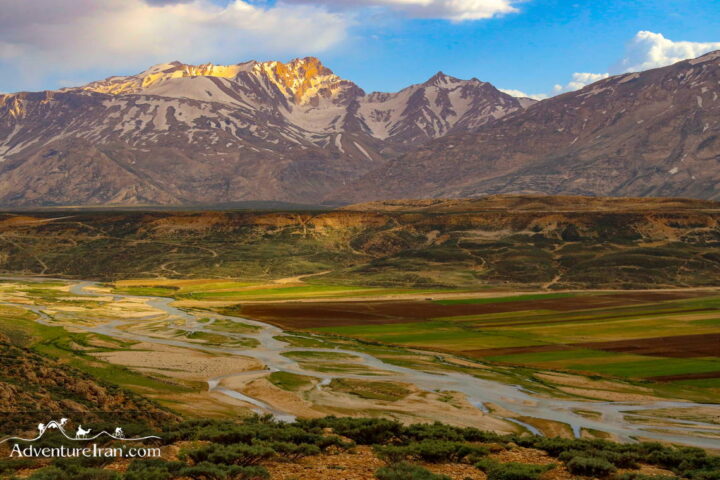 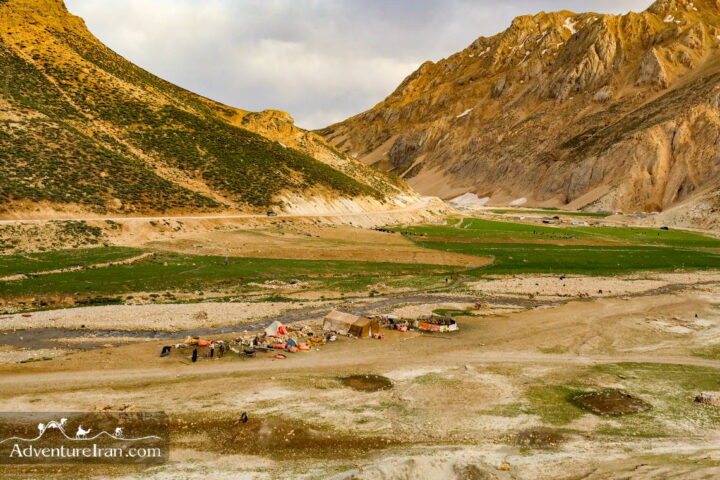 This mountain chain has several glaciers. The two main highest mountains of Zardkuh (Shah-e Shahidan and Koloonchin) formed the massive glacier which is the source of water for the two rivers of Kuhrang and Bazoft.  Both these rivers are Karun river branches.  Karun river is the longest river in Iran and is one of the most important sources of water for the country. 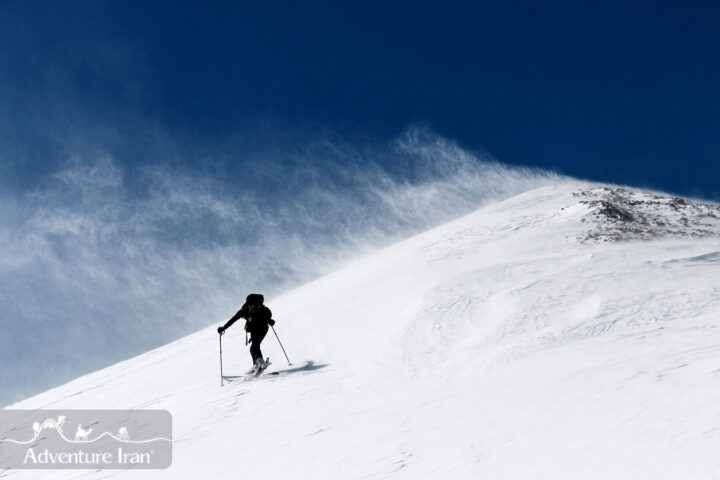 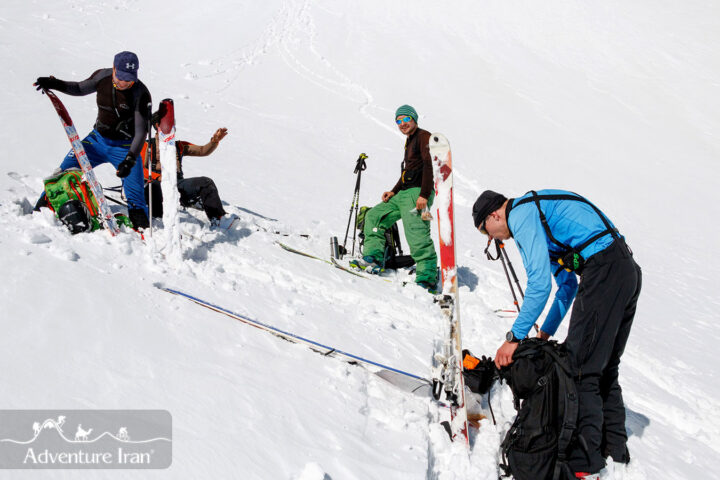 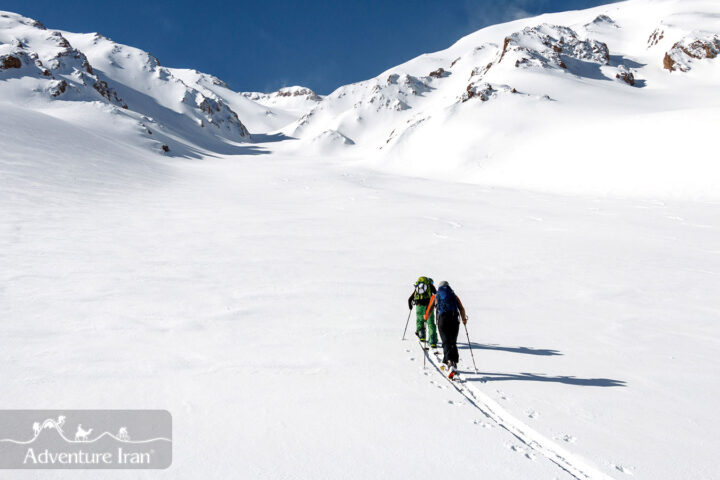 Zardkuh Mountains are the main center for climbers from all over Iran during summer.  The mountains are rich in various species of plants and wild animals making them even more attractive and spectacular. Zardkuh is also a key ski area for travelers. Chelgerd Ski Resort is located in Chelgerd town which is 200 km away from the west of Esfahan and is one of the options for skiing in the west of the country.  As the ski season starts earlier in this region, compared with the Alborz Mountains, many people from all around the world come here to ski during the winter.

Zardkuh names always come with the name of Bakhtiari in Iran. Bakhtiari is the name of a huge group of tribes who live in this part of Zagros Mountain which we call Zardkuh Bakhtiari most of the time. One of the main attractions of this mountainous region is the Bakhtiari Nomadic tribes.  The older men still wear their appealing characteristic clothes and women can be seen in their traditional colorful dresses.  They are one of the main ethnic groups of Iran who live in these mountains.  During early spring, they emigrate from the lowlands to the high mountains of Zagros with their families, and animals, such as goats, sheep, horses, and dogs.  In mid or sometimes early autumn, they return to the lower lands for grazing.