Iranian Kurdistan is one of the most active provinces with a lot of activities. The instruments of Daf and Tanbor (Tanbur) were born in the Kurdish regions of Iran and music and dance are the two major elements in the Kurdish culture. Every year, there are different celebrations and music festivals performed in the mountain region of Hawraman (Uraman) which is a huge valley located in Kurdistan and Kermanshah provinces. Nowrooz (Nowruz) celebration or “Persian New Year“, Palangan Daf Music Festival, and the Kurdish Festival of Pir Shaliar in Uraman Takht are the most famous Kurdish ceremonies which annually attract tourists from different countries.

Kurdish Dance and Music Festival of Pir Shaliar in Iranian Kurdistan is an old traditional ceremony that goes back to over 950 years ago. It is still alive in Oraman-e Takht village located in Uraman valley (UNESCO) which is 65 km (1.5 hours) from Marivan. It is held on two different dates; the 1st festival is held on the 40th day of winter and the 2nd held on the 40th day of spring. The festival is celebrated for three days in three consecutive weeks.

The winter festival shows the social participation of people in the ceremony. It symbolizes getting rid of material attachments and salvation. The spring festival, named Komsai, is known as the ceremony of breaking the holy stone. The celebration is accompanied by more Daf drumming and ritual dances. People chip a small piece from a large stone at Pir Shaliar’s tomb. They believe the chip can heal the ill and it will grow back on the main stone until next year. In this ceremony, the villagers talk about the shortcomings of the village and consult for solutions as well.

According to the people of the Uraman region, Pire Shaliar was a respected wise mystic man who healed the Bukhara king’s deaf daughter. After no physician could treat the princess, the king makes a bet with disappointment that whoever heals his daughter would marry her. The fame of Pir Shaliar’s merits reaches Bukhara (today in Uzbekistan) and they send the girl there. Near Pir Shaliar’s house, they hear a roaring demon falls down the cliff and dies at the Pir’s door. The princess regains her hearing near the Oraman Takht Village. Everyone sees it as the miracle of Pir Shalyar and the princess marries him and a big wedding party is held. It seems that the ritual today is the anniversary of the wedding. 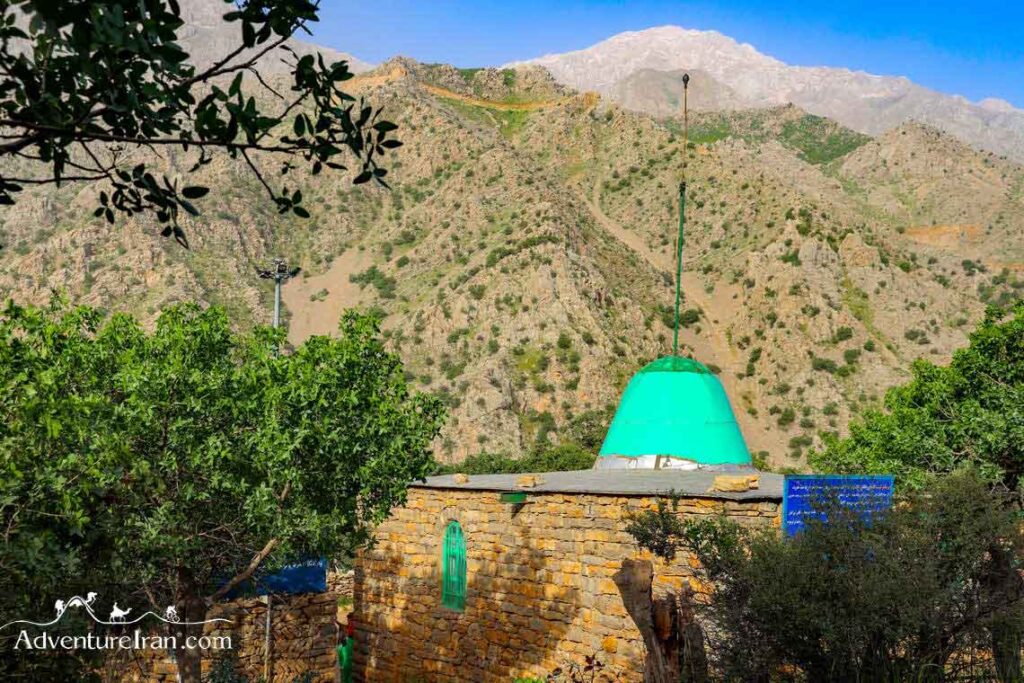 The ceremony begins on the evening of Thursday on the 40th day of winter. Children distribute the walnuts from Pir Shaliar’s garden among the local and neighboring villagers to promise the start of the ceremony the next Wednesday and Thursday. Meanwhile, the villagers become prepared for cooking the traditional food and preparing the donated livestock. During the week, brothers and nephews visit their sisters and aunts and take gifts such as sweets and walnuts for them.

In the second week, one day before the main ceremony and from Tuesday evening until nightfall, children go to the village houses and the families put snacks in their bags. This ceremony starts from Sarpir Village and continues from Wednesday early morning to the sunrise in Hawraman Takht. 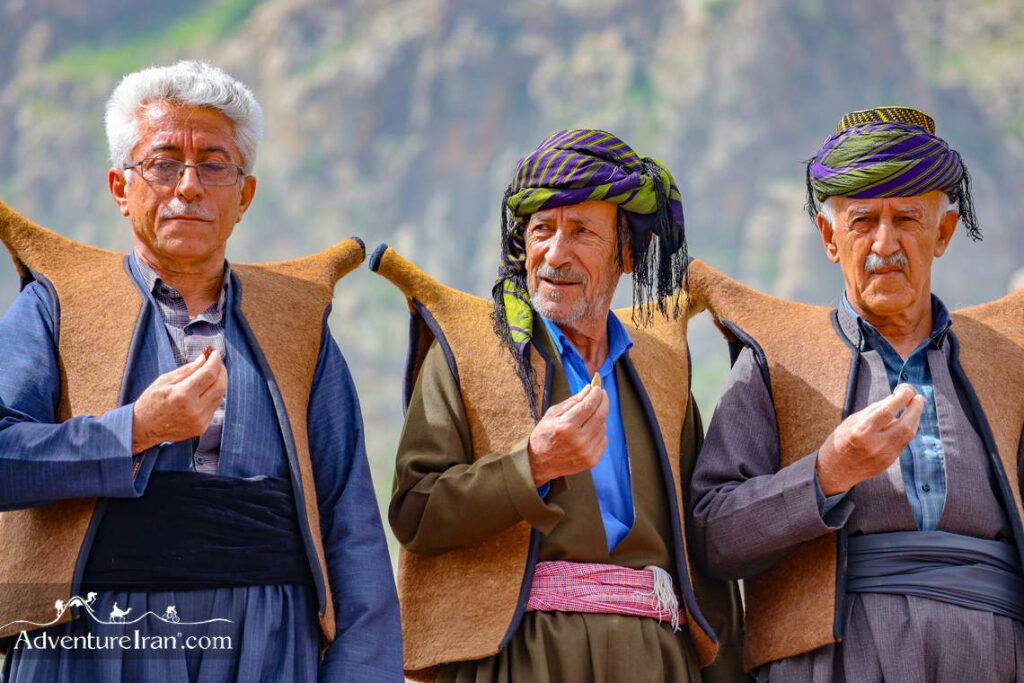 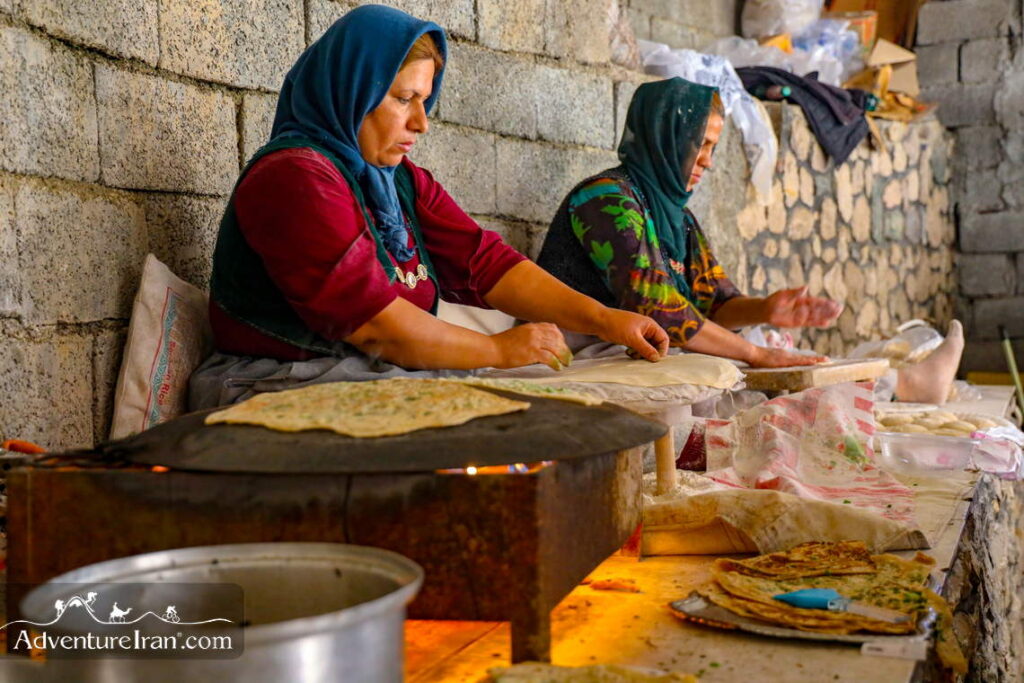 The mystical ceremony of dance, Sama (a Sufi dance) with rhythmic music of Daf, is held from Wednesday evening to sunset. The old and young form large circles and start dancing hand in hand as a symbol of unity and brotherhood. Meanwhile, some dervishes read odes and others chant the word Allah. The ceremony is performed again from Thursday evening to sunset. Traditionally, men and dervishes gather together on the roof of a house lower than the Uraman Takht mosque for dance and music. 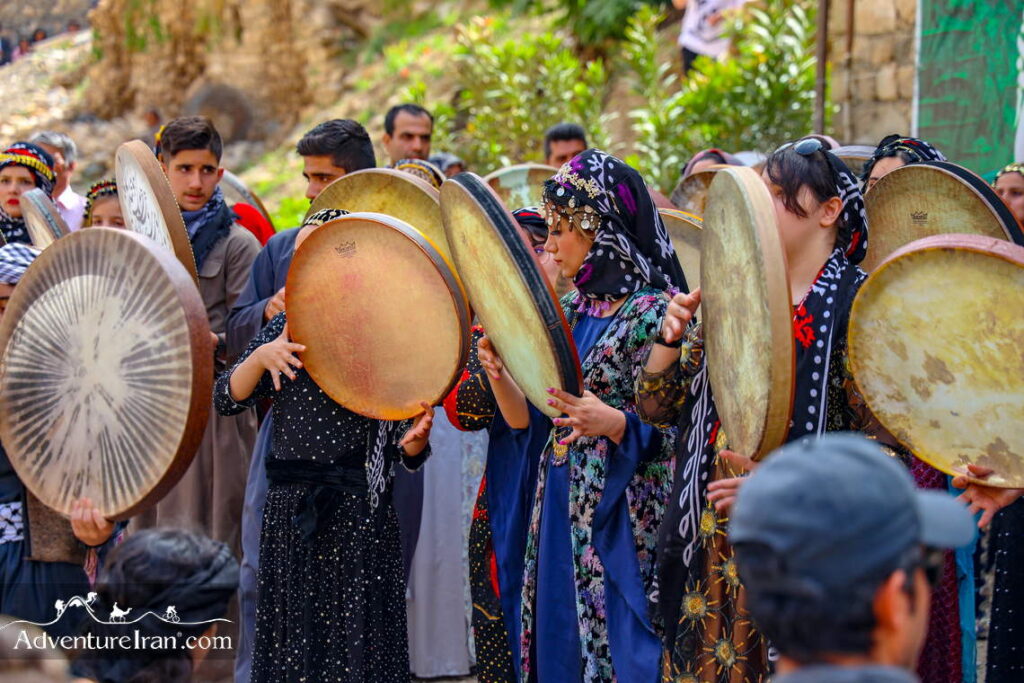 At the end of the dance at sunset on Thursday, the villagers go to the house attributed to Pir Shaliar and say prayers, read poems, and make a speech about him as well as religious and mystical discussions. The gathering tonight ends with a prayer. 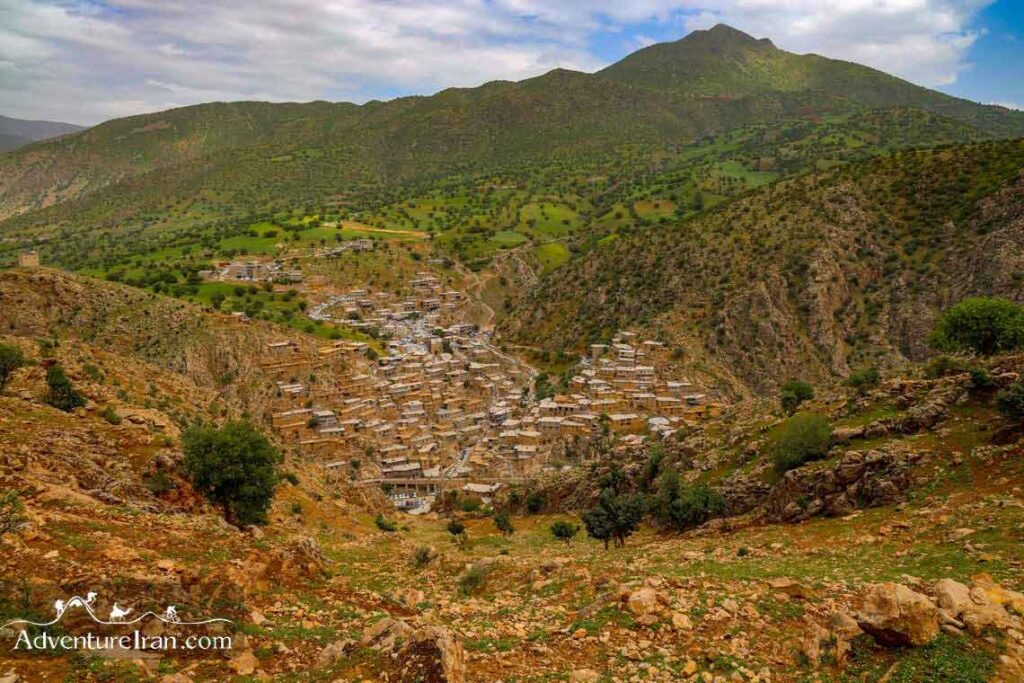 Next Friday morning, people go to Pir Shaliar’s tomb. They clean the dust and snow off the gravestone and pray for him. Then, the custodian of Pir Shaliar’s tomb mixes and distributes different pieces of the round golden bread, as the symbol of the sun, prepared by different families of Oraman, with yogurt among the locals. The bread, baked by women, is made up of wheat flour, walnut, and aromatic mountain herbs. This is the last part of the ceremony. Kurdish festival of Pir Shaliar lasts until Friday prayer and people go to the mosque to perform Friday prayer.

Pir Shaliar ceremony was for men only in the past. Although it is still performed by men as in the past, the presence of women is more noticeable due to the economical and social changes in the region. 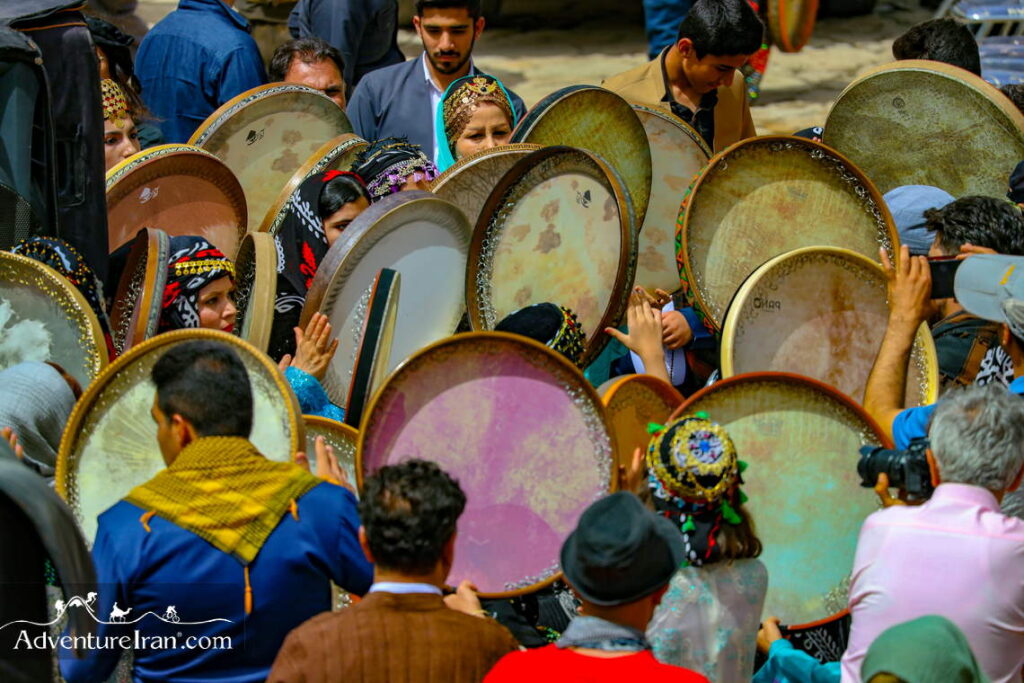 Photography of this event is very interesting as many people from all over Iran come to Oraman for visiting this traditional ceremony. For more information, please have a look at Photography Travel to Iranian Kurdistan & Hawraman Valley which is a post related to one of Adventure Iran’s special interest trips called”  Iranian Kurdistan Photography Tour. 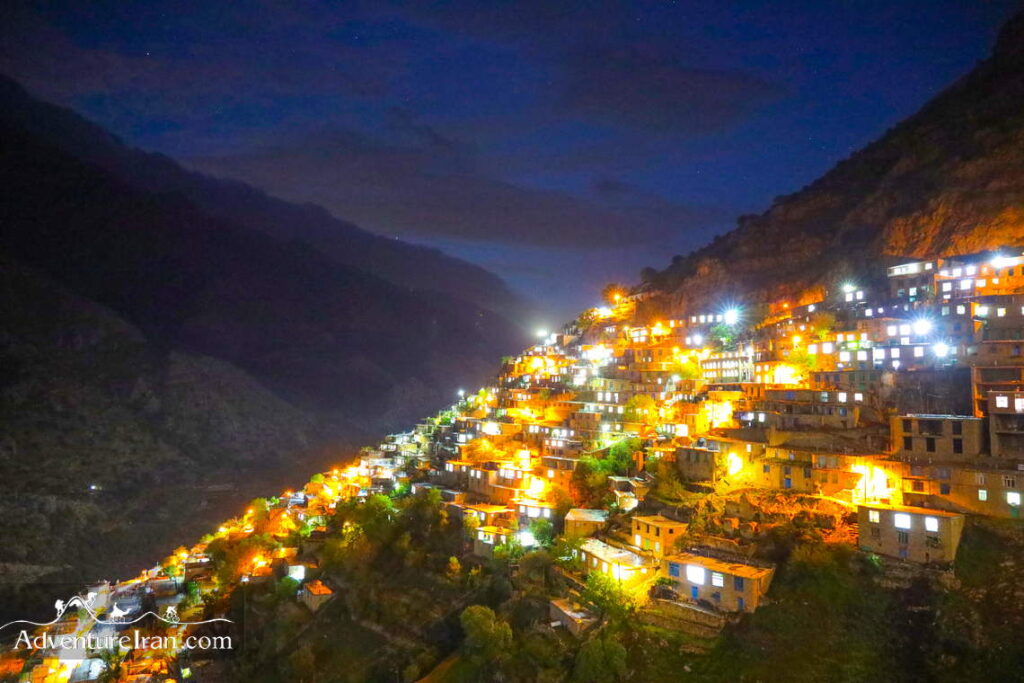