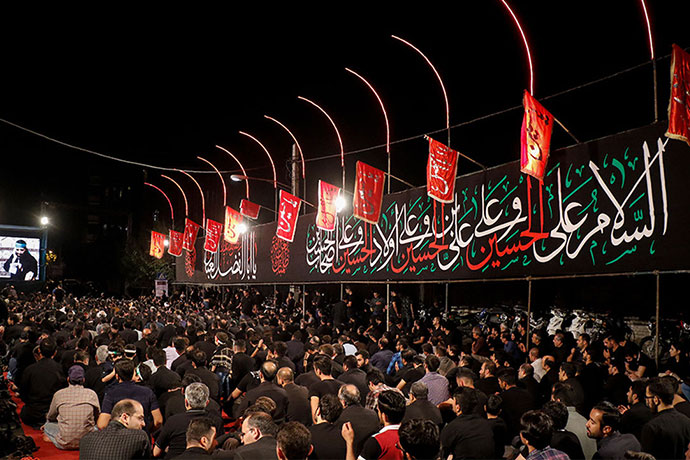 The month of Muharram is an important month in the Hijri Calendar (Islamic calendar) and a significant one in the Iranian culture. This is a month full of key historical events, especially the 9th –Tasu’a- and the 10th –Ashura- are acknowledged yearly by many people in the world. These two days hold many memories for Iranians throughout their life, as a constant for so many years they have developed a lot of traditions, customs and ceremonies from it in many various forms.

History of Tasu’a and Ashura

Imam Husain (the 3rd imam of Shia Muslims) was the second son of Imam Ali (the first imam of Shia Muslims) that due to the opposition on the Hasan–Muawiya treaty was in a conflict with Yazid (the son of Muawiya). During his travel to Kufa (a city near Mecca) he and most of his family died in battle due to him not pledging alliance to Yazid. Husain’s suffering and death became a symbol of sacrifice in the struggle for right against wrong, and for justice and truth against injustice and falsehood in Shi’a history and as a result the days of his and his family’s deaths are mourned every year by Shi’a’s around the world especially in Iran.

Tasu’a and Ashura in Iran

This is a time that most Tekyehs (sometimes they are called Heiats, Hosseiniye, Zeinabiye and etc.) starts working in Iran, these are places for people of religion to gather in, socialize, mourn or celebrate events and do charity work for the local community. They are managed privately by the people and every neighborhood has one for itself (except some big ones in large cities like Tehran that have branches throughout the city), they are busy with the preparation the days before the start of the month. one of the importance of the Tekyehs was that in the old days Ta’zieh’s were performed there on a makeshift stage.  Most Tekyes give out food every night for whoever is present in their place (this mostly happen in small cities or villages) but nearly all of them give out food in big quantities in the 9th and 10th to anyone they can and the funding is done by a different person every day. 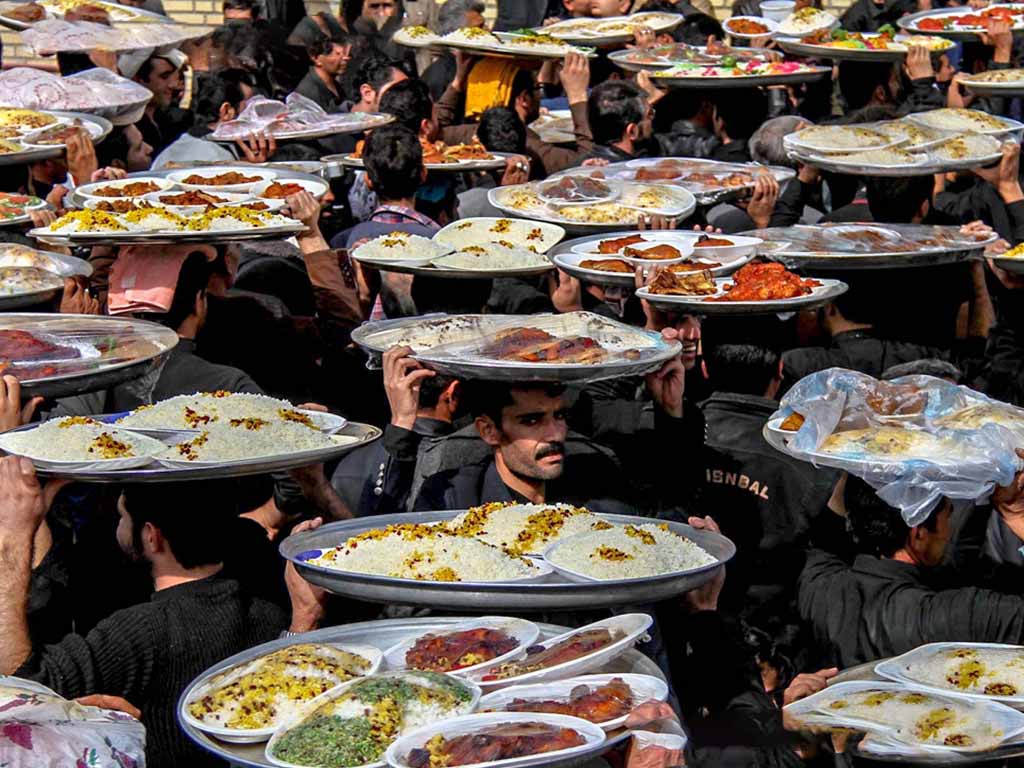 Another element of Tekyeh is its Daste. Daste (referring to a group of people, the literal meaning is a group in Persian) is formed by the members of each Tekyeh in front of their building, each one have their own special sign called an Alam which is a big metal structure that is usually carried on the shoulders of two or more people. The size of it depends on the extent of the Tekyeh, some of them have Alams that are carried by 10 to 15 people. 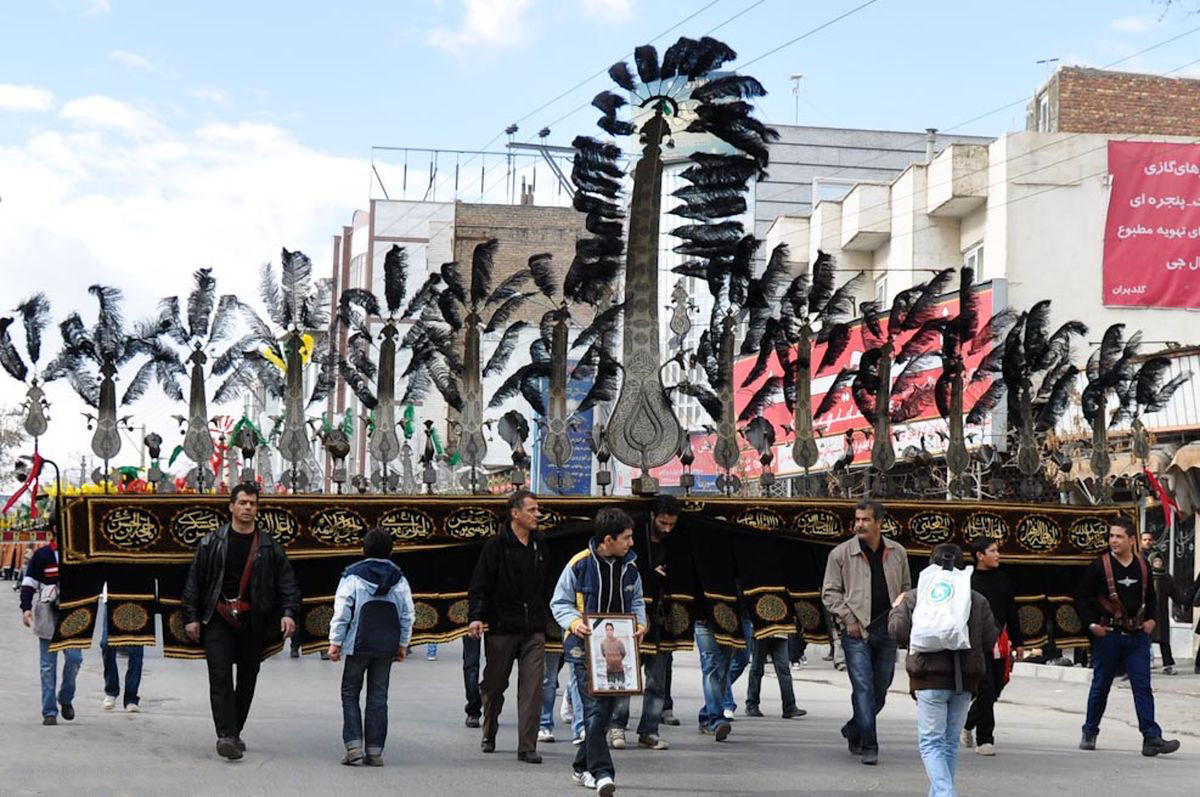 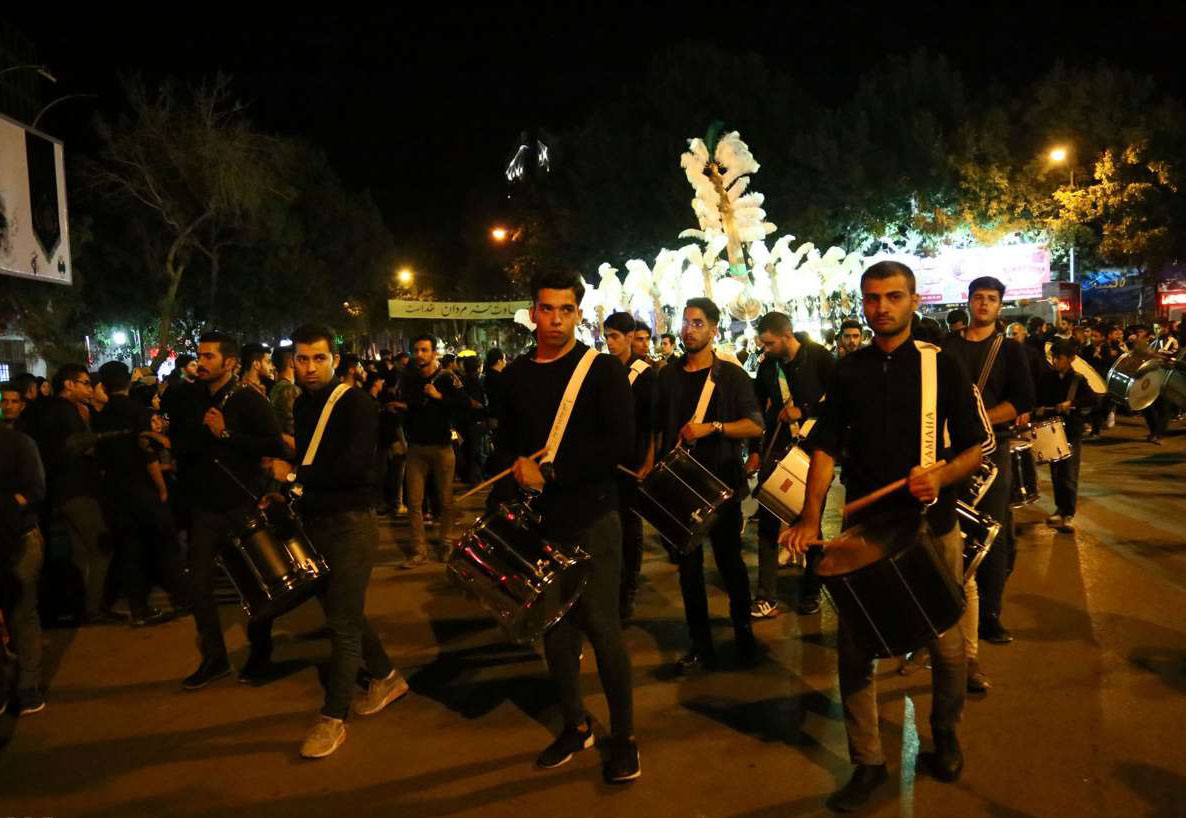 Music is an important part of the Daste, there are cymbals and drums in different sizes present in them and usually a Rawda khwan (who does Rawda khwani about the events of the battle of Karbala) is with them. The musical instruments become different in each city, for example in the south the use of bagpipes and Dammam is common and in Tehran and surrounding cities the use of Dohol is common.

The Daste starts its march in its house and wanders in nearby streets, in small villages the Daste of a village visits another villages Tekye and gets catered to. People come to the sidewalks and watch them pass by. The men take the lead and usually are doing the act of Chest beating by a chain or with their hands by the rhythm of the Rawda or Nawha. The women and children follow them at the back of the group and people from the street can join the Daste too. They circle back to their Tekye to continue their mourning.

Food giving is not restricted to Tekyes only. In the evening of Tasu’a and the high noon of Ashura most people make big quantities of food in their yards and give them to Neighbors and passersby. Some people cater Dastes that pass their houses with hot and cold beverages depending on the season, as the Islamic calendar and Persian calendar are not sync the month of Muharram can be in different seasons.