The Historic City of Yazd

The Historic City of Yazd

Yazd is one of the most beautiful earthen cities in the world and because of its unique attractions, it draws many tourists and travelers every year from all around the world. Yazd is the first earthen city and the second historic city in the world after Venice, Italy. It is located in the southeast of Iran close to the historic Silk Road. The city is situated between the Shirkuh and Kharang mountain ranges, in a wide valley. Yazd is well-known as ‘The City of Wind-catchers’, ‘City of Sweets’, and ‘City of Bicycle’. In 2017, the historical city of Yazd was recognized as a World Heritage Site by UNESCO. Yazd monuments are very diverse. In this article, we will introduce some of the most important sights of Yazd city.

Jame Mosque of Yazd is one of the most beautiful, unique, and important tourist attractions of Iran which was built in the 6th century AH (12 century AD) and its restoration has continued until the last decade. According to ancient documents, the construction and completion of the Yazd Mosque took close to a century and in different historical periods. The most important of these are the Ilkhanate, Safavid dynasty, the Timurid Empire, The Muzaffarid dynasty, and Qajar dynasty. Jameh Mosque of Yazd is one of the most extraordinary and unique monuments that has fascinated many people all around the world. There are six entrances to this great mosque, and each is built in different parts of the structure. The height of the minarets is over 52 meters and 6 meters in diameter which has earned the title of the tallest minaret among Persian historical mosques. 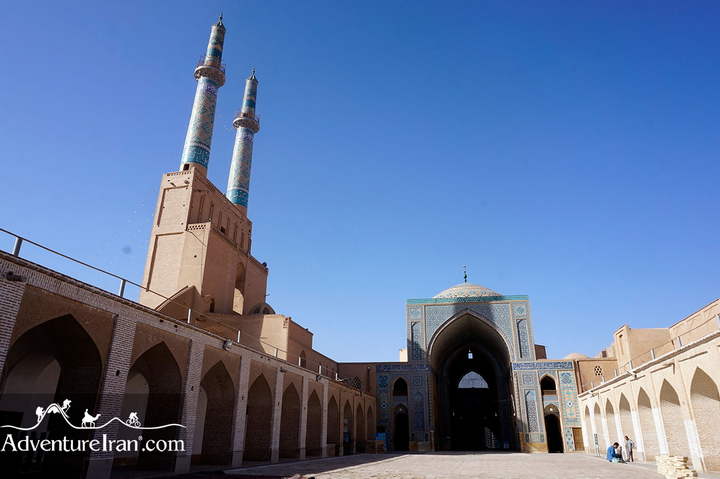 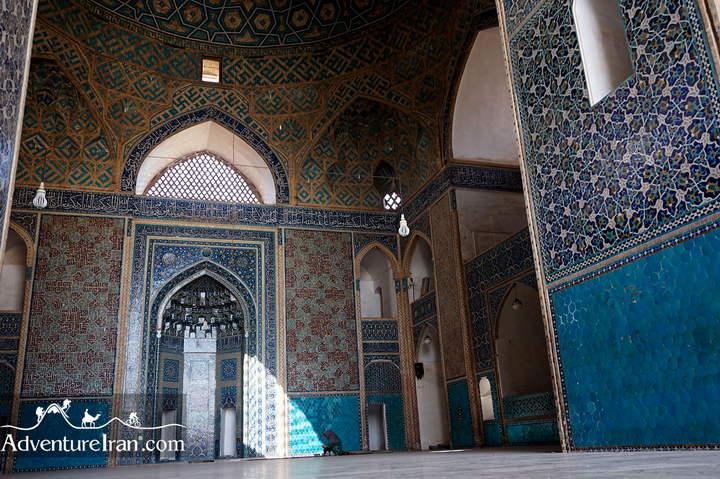 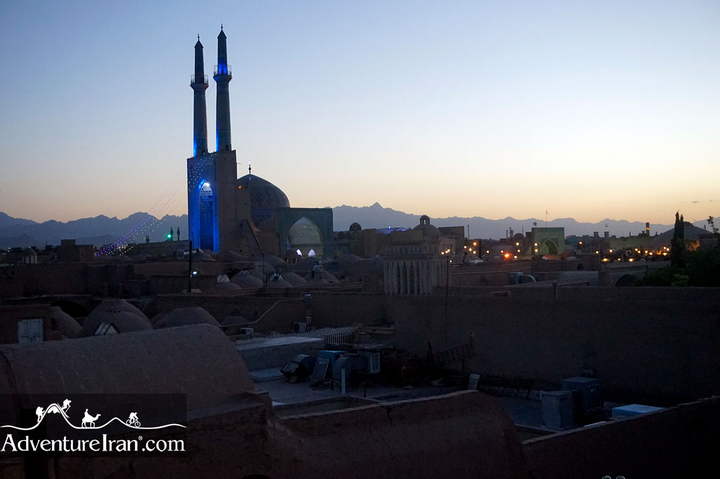 This valuable monument is one of the spectacular attractions that you should not forget when traveling to this city. Bahram Fire Temple is the site of keeping the Zoroastrian sacred fire and their place of worship. Entering this holy place has had special rituals for prayers including the cleanliness of men and women. Men must enter with white hats and women should wear white scarves and light-colored clothing without shoes. The sacred fire is inside a large bronze container and the person called “Hirbod” is responsible for keeping the fire burning. The fire inside this Fire Temple has been continuously burning for close to 1500 years.

In Yazd city, wind-catchers were built on the roofs of houses, designed in a way to be generators of cool air and reservoir for air conditioning. The wind-catchers are one of the most important symbols of Persian architecture that have been built and used in Iran for many centuries as strong ventilators and cooling systems. Numerous wind-catchers have been built in Yazd due to its hot and dry climate. In fact, the main function of Yazd’s wind-catchers was to convert outside heat into cool and pleasant air. These wind-catchers were designed and used according to the particular location of the building and the wind direction in each area. Another interesting fact about Yazd’s wind-catchers is that although they are built by hand and without any tools, they follow modern engineering principles. In Yazd province, wind-catchers are single-sided, four-sided or eight-sided. but as Yazd city is located between two mountain ranges, they are usually built four-sided or eight-sided.

One of the wonders of Yazd is Dolat Abad Garden. Dolatabad’s garden with numerous fountains, cedar and pine trees, and rose bushes bring you peace and calmness. Eight-sided wind-catchers, three alcoves, two rooms, basins, fret worked doors and colourful glasses give this mansion a special atmosphere. The remarkable point about this mansion is that it possesses a wind-catcher with 33.8 meters high which is the tallest earthen wind-catcher in the world. This Garden is registered on both Iran National Heritage List and UNESCO List. This marvelous garden is from the Afsharid and Zand Dynasty period (17-18 Century AD).

In Amir Chakhmaq Complex which is a large area, you can visit Amir Chakhmaq Mosque, Haji Ghanbar Bazaar, Amir Chakhmaq Tekyeh, the historical palm of Amir Chakhmaq, the tomb of Seti Fatemeh, bathhouse, and cold water well. All of these are the most prominent historical monuments and tourist attractions of Yazd. The square was built in the 15th century by Jalal-al-Din Amir-Chakhmaq, the governor of Yazd in the Timurid era.

Markar and in fact the Markar clock is located exactly in the center of Iran and therefore, it is one of the most interesting sights in Yazd. This square is one of the oldest clock towers in Iran and the world. The construction date of this tower goes back to the Qajar era. The arches, tiling, and brick ornaments give it a unique look that is appealing to any visitor.

Yazd Coppersmiths Bazaar is one of the most spectacular places in Yazd which welcomes us with its distinctive sound. The bazaar, which is registered on Iran National Heritage List, dates back to the Timurid period. This Bazaar was built about 600 years ago. Here is the center of the production and sales of one of the most popular souvenirs of Yazd. The soft redness of copper and the performance of the artists truly fascinates us.

Adventure Iran performs different types of tours in Yazd city. You can see our Cultural trips in the submenu of Iran Tours. For more information please check the cultural sub-menu under the button of Iran Tours menu on Adventure Iran Site.