A small agricultural town of Gonbad-e Qabus (also pronounced Gonbad-e Kavoos or Gonbad-e Kavus) lies approx. 500km east of Mashhad, in Golestan province, Iran. It is home to the UNESCO World Heritage Site under the same name- the spectacular Gonbad-e Qabus brick tower. According to the two Kufic inscriptions encircling the construction, the tower was built in 1006 as a burial chamber for a Ziyarid prince. It is 72m high and is one of the tallest brick towers in the world.

The tower walls are 3 meters thick and the tower itself is 17 meters in diameter. It is part of the world’s second-largest defense wall, the 155km-long Qizil Alan. The tower, built of unglazed baked bricks, is the only remaining evidence of the ancient city of Jorjan. Jorjan was the ancient Ziyarid capital, destroyed during the Mongols’ invasion in the 14th and 15th centuries. 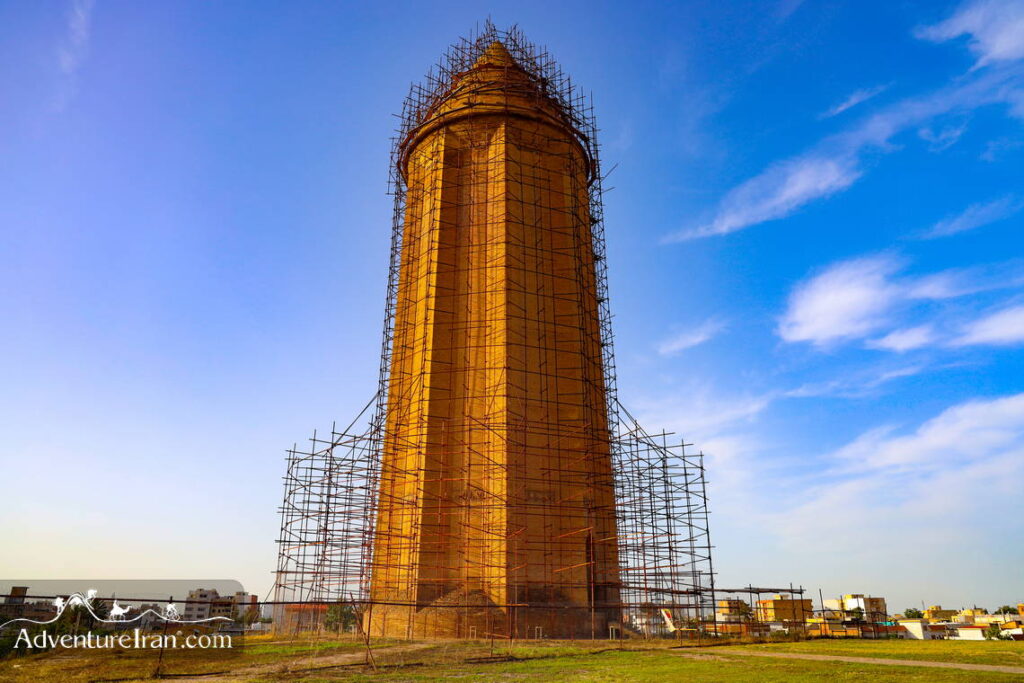