Mountain Biking in the Persian Gulf

The video is about an Iranian Off the Beaten Track cycling route in the southern part of the country from Bandar Abbas to Shiraz that passes through the coastal road of the Persian Gulf.

The trip started from Tehran with a night train towards Bandar Abbas Sea port. Our crew carried the mountain bikes with the jeep and then joined the group in Bandar Abbas.

They started the cycling trip from there towards the west of the Persian Gulf through the coastal road. They passed a couple of sea ports like Kong and Siraaf sea port and visited a number of unknown villages with locals that have not seen many tourists in their life, which is an experience that cannot be found in many places.

The fish market of each town and the colorful sea foods of each one, Visiting the ship making factory and the lifestyle of the people who live on the coast and Passing Higer canyon on the way to Shiraz are some other exceptional experiences in the trip.

Qaleh Dokhtar and Ardashir palace of the Firuzabad were also visited, which are the UNESCO sites on the way to Shiraz.

The tour was done in January which is in the middle of winter in Iran but in the south near the Persian Gulf, temperatures are perfect for traveling and cycling. 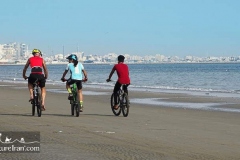 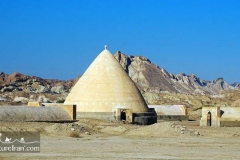 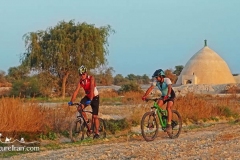 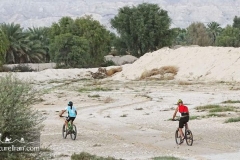 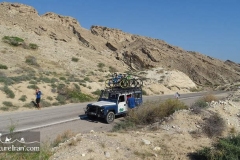 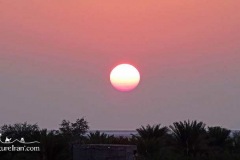 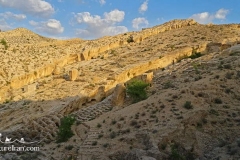 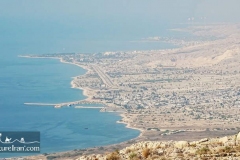 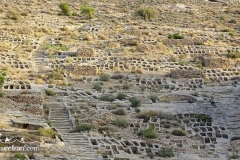 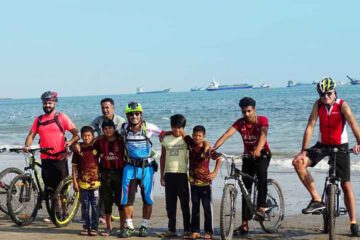 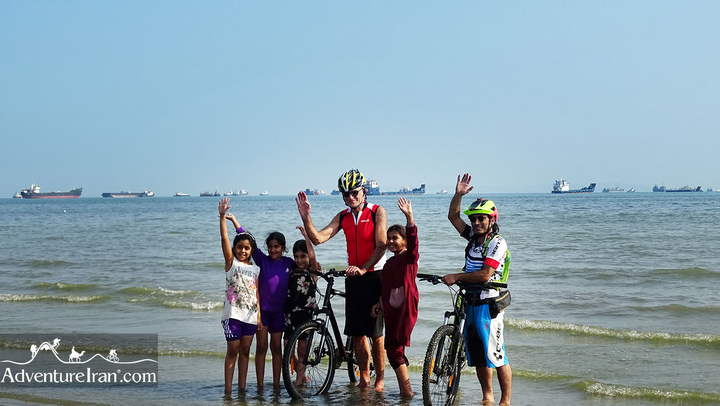 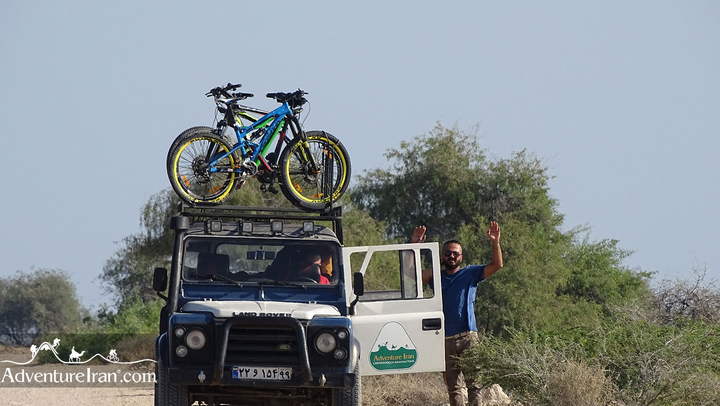 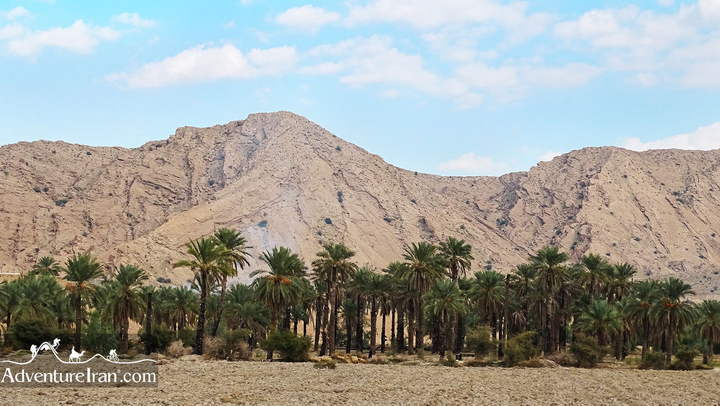 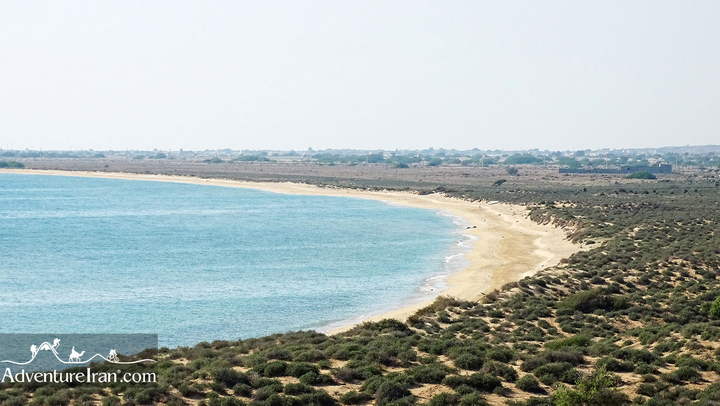 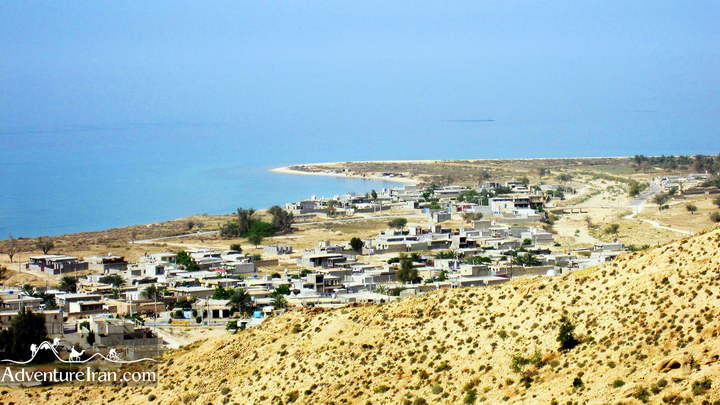