The massive Mount Taftan is situated only 70 km away from the Pakistan border, southeast of Iran.  It is an isolated, active volcanic mountain located in Sistan and Baluchestan province. South of the mountain is Khash, the nearest city. 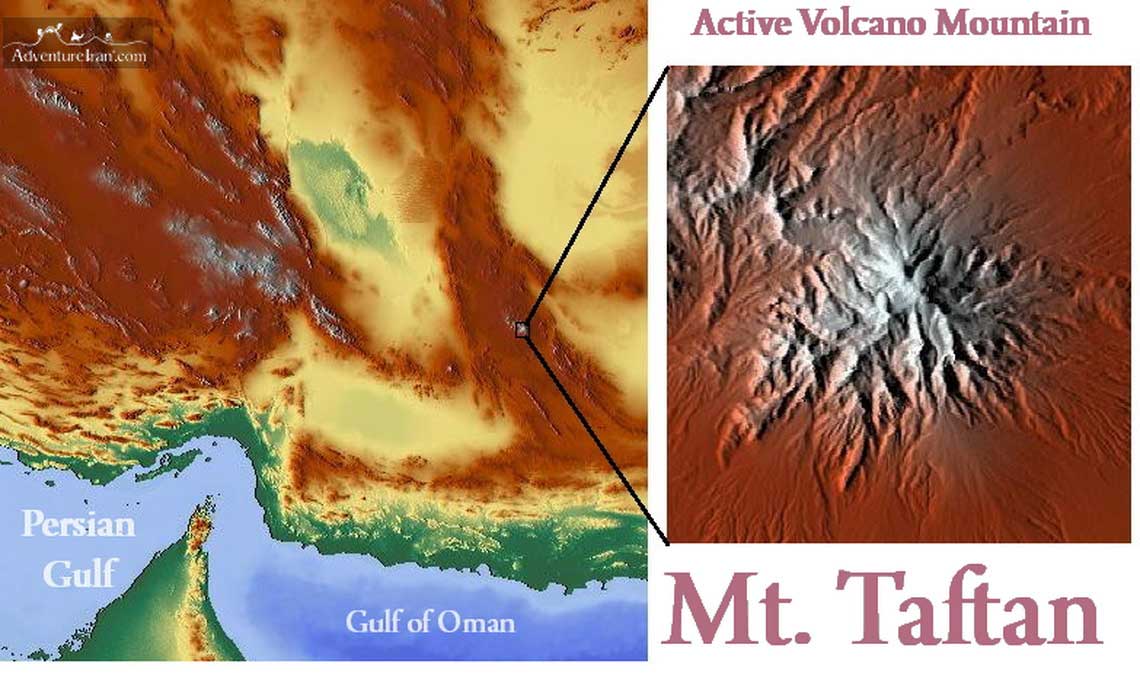 Mt. Taftan has two very famous summits with Chehel Tan peak (Madehkuh) at 3941 m above sea level being the highest one. Iran has numerous mountains over 4000 m, but this, in particular, is one of the more well-known peaks, since it is a solitary mountain in the corner of Iran, with an active volcanic peak. It is attached to Dasht-e lut desert. 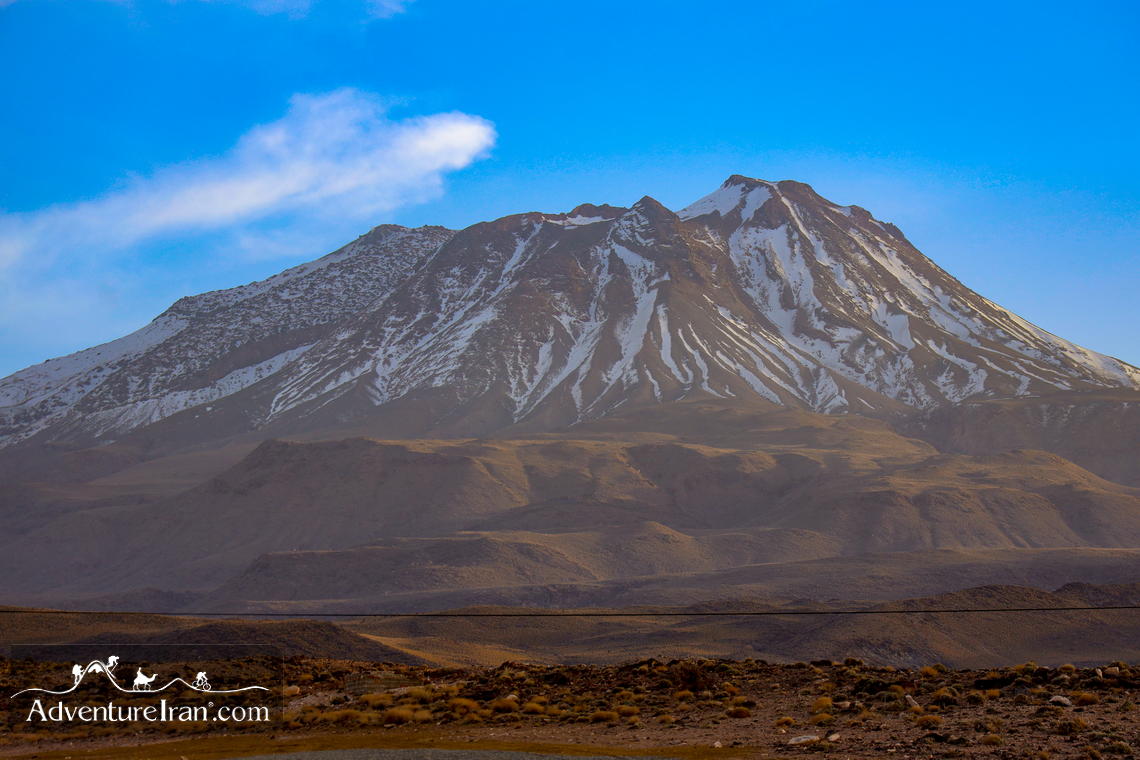 Taftan volcanic mountain is a sub-range of Iran’s volcanic arc, with Bazman Mountain in Iran and Sultan Kuh in Pakistan. This volcanic arc has formed over Cretaceous-Eocene sedimentary layers and is derived from the subduction of the oceanic Arabian plate under Iran at the Makran trench. 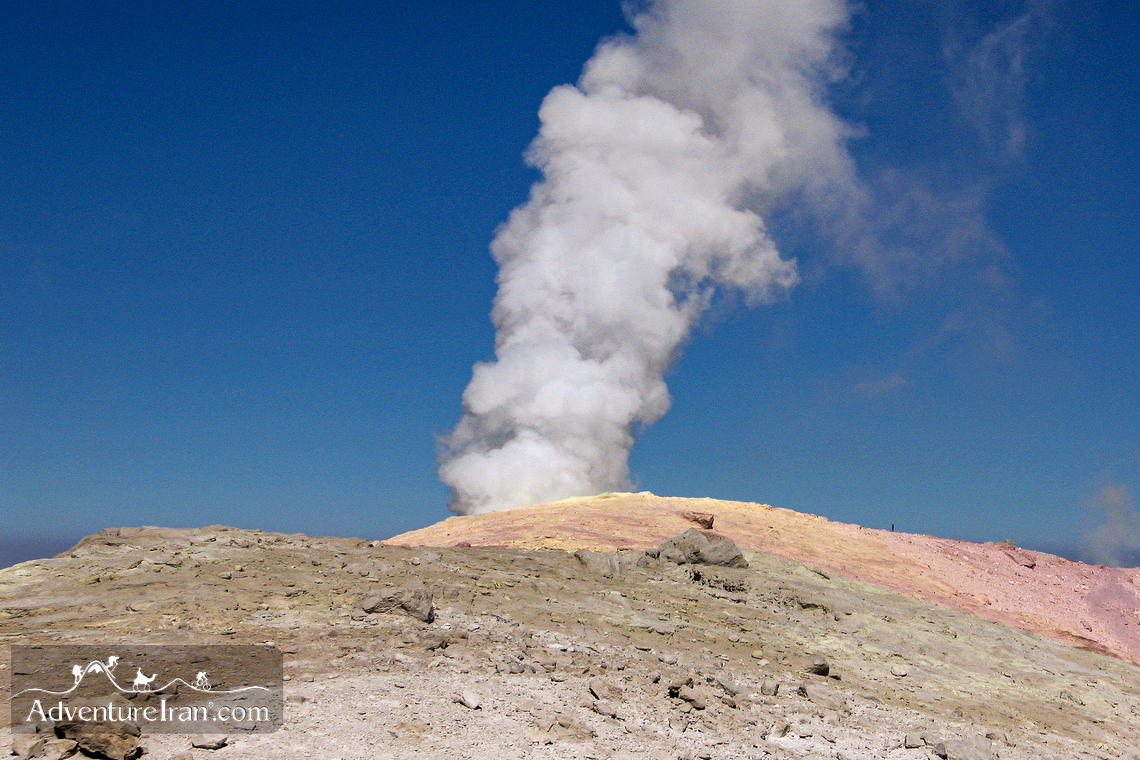 There is only a 130 km distance between each base camp from Zahedan, the capital city of the province. The total length of the Taftan mountain range is 12 km, with two very high peaks. The range is surrounded by unspoiled nature, consisting of rivers, lakes, trees, flora and fauna that live around the mountain.  There are three lakes at the top of the Taftan mountain range. Two of the rivers have white and fresh water, whilst the third has salty water.

The base camp of this mountain is 2500 m above sea level, with the shelter at a height of 3228 m. Taftan peak is not a technical mountain to climb.  Most people, with a good level of fitness, can hike up to the peak. The climbing season runs from March to November, with the best period in April and May. Taftan Active Volcano Mountain is Adventure Iran’s tour package for the peak, together with visiting the Dasht-e Lut desert. 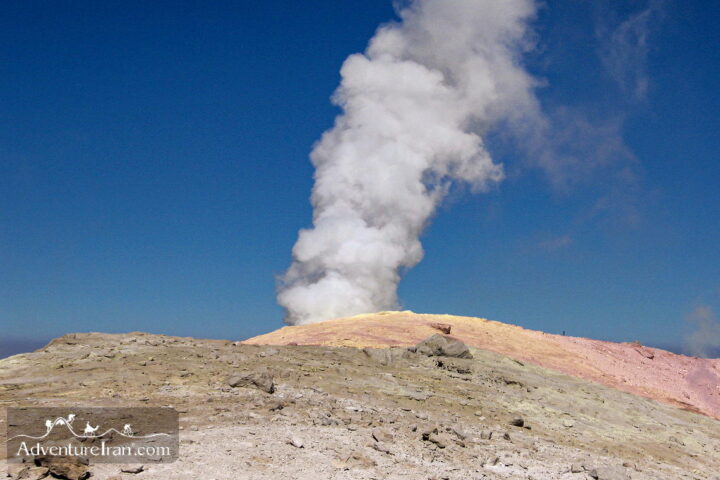 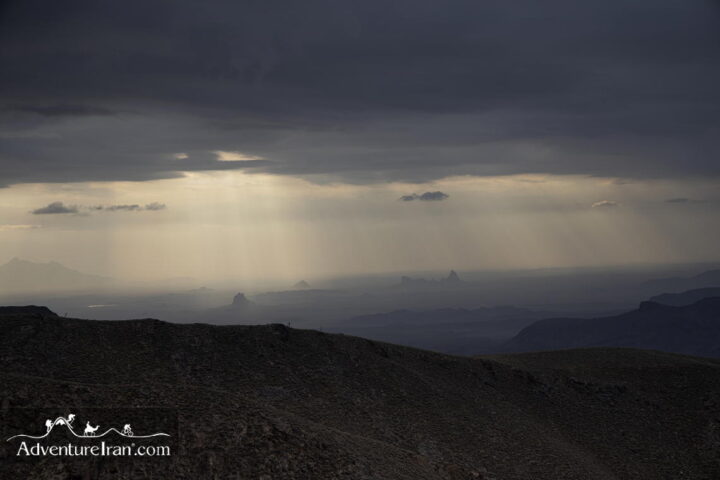 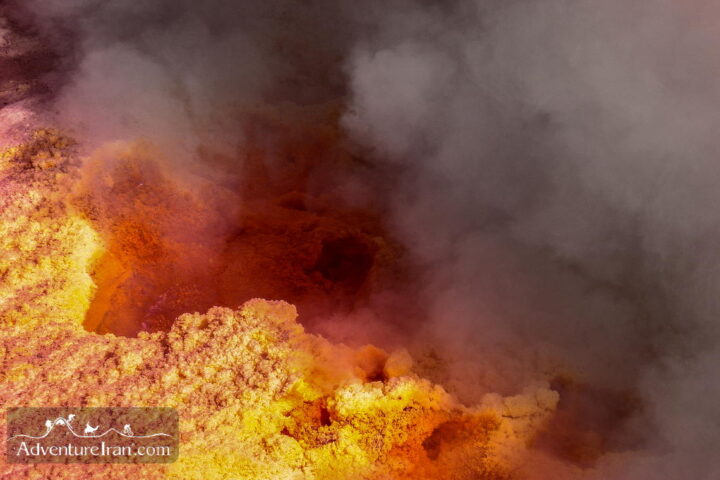 The snow-capped Taftan volcano towers above the surrounding arid terrain in eastern Iran. This heavily eroded andesitic stratovolcano has two prominent summits. It was constructed along a volcanic zone in Baluchistan, south-east Iran, that extends into northern Pakistan. The higher, 4050 m south-east summit cone is well preserved and has been the source of very fresh-looking lava flows. Highly active, sulfur-encrusted fumaroles occur at the summit of the southeast cone.

The deeply dissected northwest cone is of the Pleistocene age. In January 1902, the volcano was reported to be smoking heavily for several days, with an occasional bright, night-time glow. A lava flow was reported in 1993, but that may have been the mistaken observation of a molten sulfur flow. 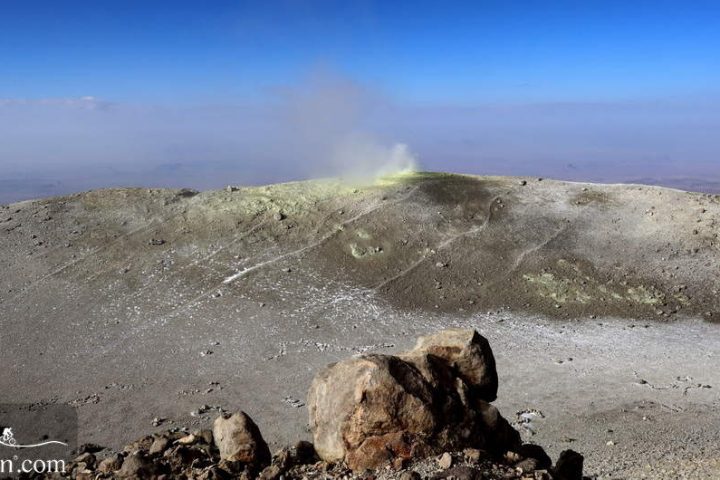 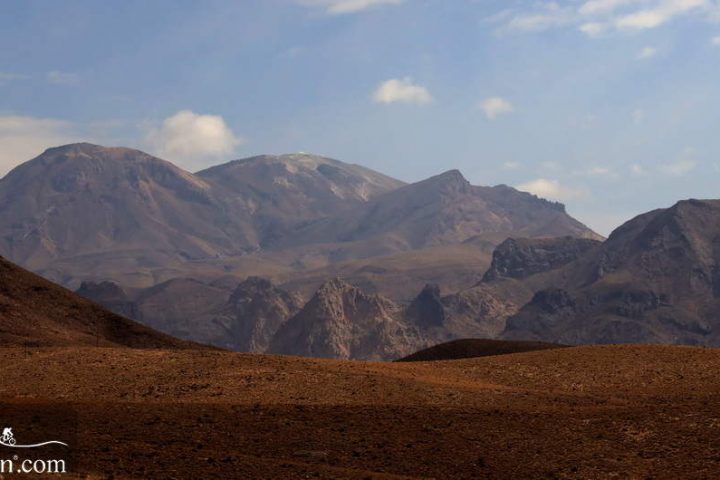 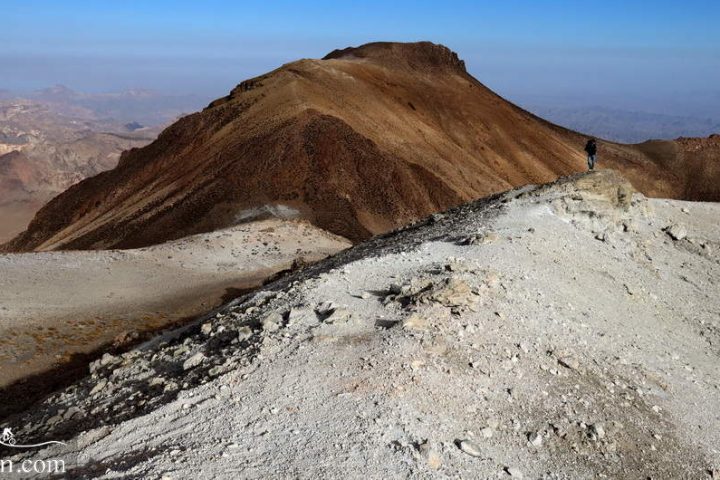