Dena National Park, with an approximate area of 250,000 hectares, is located in the middle of the Zagros mountain range covering the whole Dena mountain chain as explained in another article. Dena National Park is protected by the Iranian Department of the Environment. The central part of Dena National Park was registered in 2010 on the UNESCO list as a Biosphere Reserve site. A biosphere reserve is an ecosystem with unusual plants and animals with scientific and natural interests. It is a label given by UNESCO to help preserve this remarkable region. The core area of the park is around 35,000 hectares, a large expanse indeed. 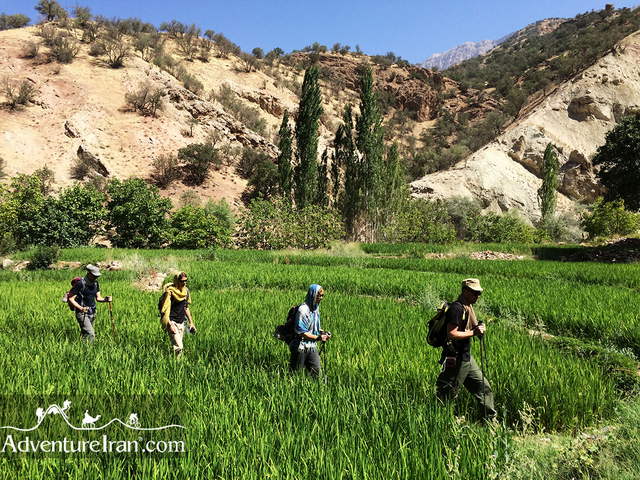 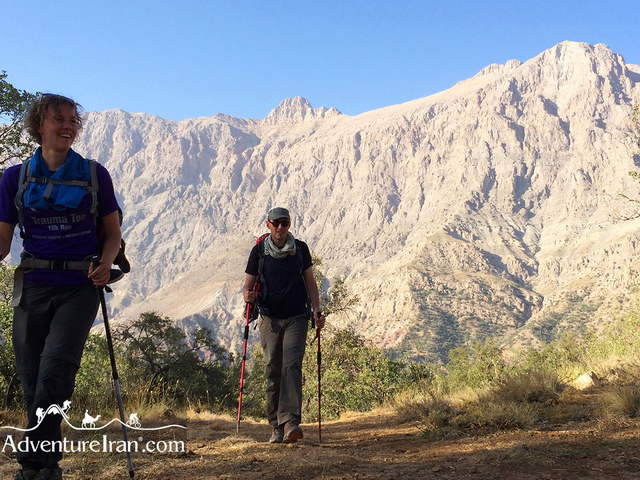 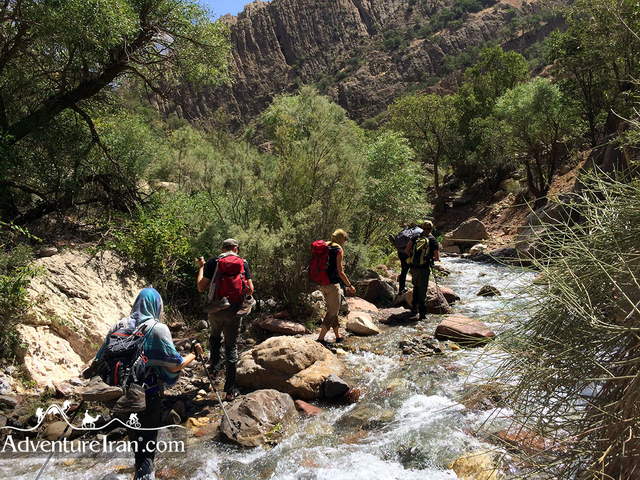 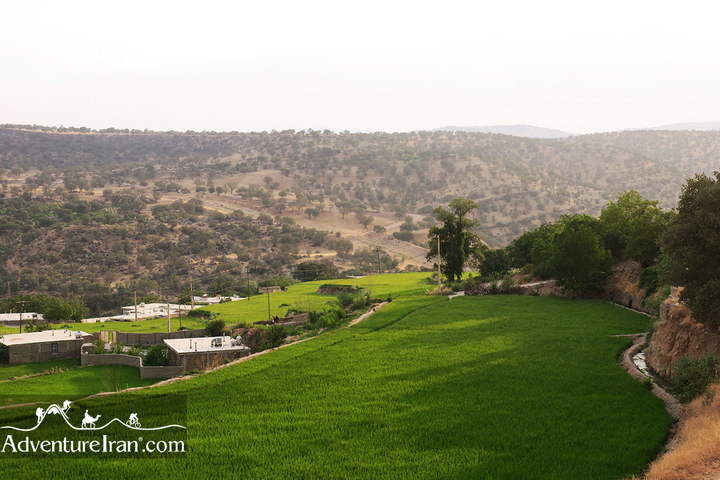 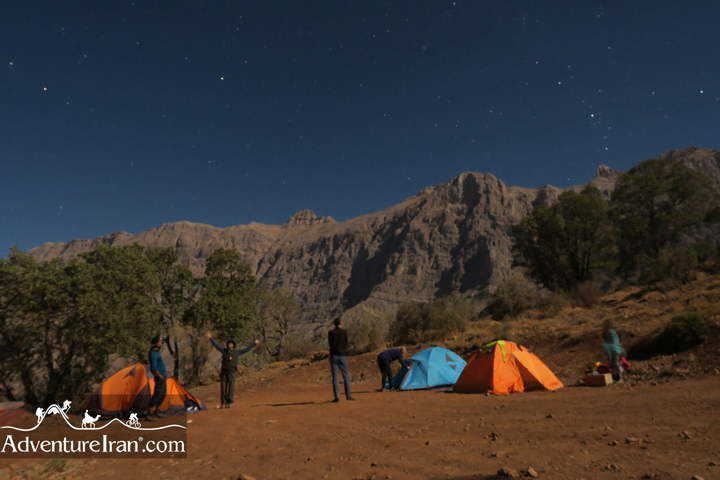 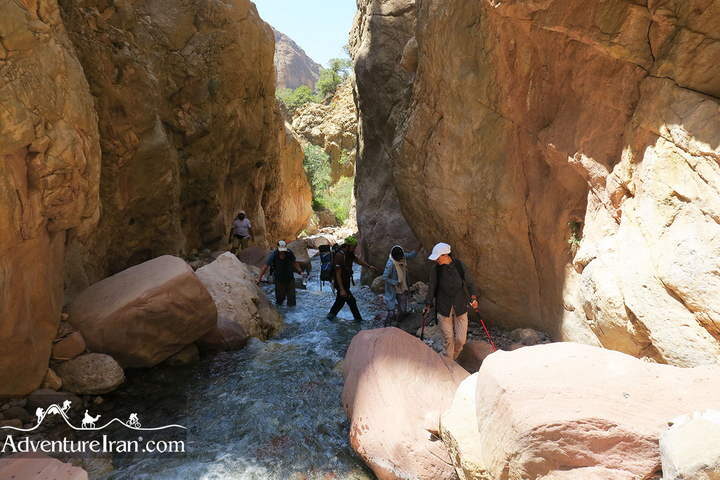 The Dena region possesses an extensive number of plants, various native mammals seriously at risk of extinction, and different types of natural resources. Almond and pistachio trees can be seen mostly in the low-lying areas, whereas oak trees stand on elevated regions. Walnut, hackberry, and pear trees are also spread all over this spectacular area. This district has long been a protected habitat for many animals such as brown bears, wild goats, eagles, wolves, various wild cats including Caracas, lynxes, and leopards. In addition, many vast rivers namely the Dez, Karun, and Karkheh originate from this region where they flow into the Persian Gulf and the Oman Sea. Picturesque falls, lakes, and pools make this mountainous area even more remarkably striking.
In this geographical area, a significant number of individuals live a nomadic lifestyle. Smaller groups still maintain their medieval lifestyle. The multiculturalism of local residents, like nomadic communities, is totally evidenced by their languages, local cuisine, dress code, dance folklore, various festivals, herding, weaving, and other traditional production and crafts. Moreover, their understanding and way of living with regard to seasonal migration for their livestock are totally unlike other communities.

Since Dena National Park is situated in a mountainous region and the altitude is approximately above 2,000 meters, the weather in winter is bitterly cold with the temperature sometimes reaching -25 C. During winter, the whole lands are completely covered by snow which can also be seen on the summits of the highest mountains throughout the year.
The Dena area is remarkable and exceptional in terms of genetic biodiversity, ecosystem, and species. The region is identified by extreme weather patterns and topographical features that result in a breathtaking natural environment and variations in ecosystems within a small geographical location. Dena National Park borders Kohkeloyeh, Boyerahmad and Isfahan province. The southern side is the principal area of activity overseen by Kohkeloyeh and Boyerahmad province.
Adventure Iran has made a couple of special treks with different levels of difficulty ranging from soft treks to hard, tougher treks for various fitness levels. We have adventure packages for you from 2 days hiking to a one week trek on the ridge line of the Dena Chain. We have also created a couple of special mountain biking trails on both the southern and northern side of the park. We are able to arrange a number of adventure mountain biking in Dena National Park as well. 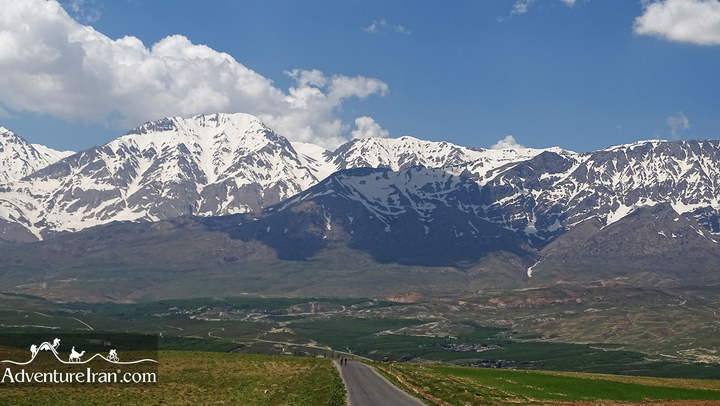 One of the main reasons that makes Dena outstanding is that people still live in their villages. They have rice fields and agricultural lands. In addition, some of them have goats and sheep that graze in green pastures. The trek crosses those areas and to top it, we are able to stay in the local houses on our own trail. The nomad tribes who live in this region are called Boirahmadi. If you are looking for a long, entirely satisfying trek in the Dena Mountain Chain, Dena long trail through the foothills and ridge lines of the Zagros Mountains is one of the best Adventure Iran tours.
Best of Iran and hiking through the Zagros Mountains, is a tailor-made spectacular tour with a combination of the Iran Classic tour and the Dena Mountain Chain.