Kashan, located on Iran Classic Route, is one of Iran’s five major tourist destinations. It is not only home to invaluable historical and cultural attractions, including Tangible and Intangible UNESCO Cultural Heritage, but also festivals and activities. Rose Water Festival in Kashan is a popular and famous festival celebrated annually in May in Iran.

Although the ancient method of rose water making has changed over time, it has still retained its originality. There were no varieties of methods in the past, but new fashions have been generated for rosewater making due to the current technological developments. It is worth mentioning that special equipment (congruous to the regional climate), used in the traditional method, is still applied by those who prefer to make rose water in the old manner.

festival in Iran. Qamsar, located 30 km south of Kashan, is another city well-known for the rosewater festival. Although the name Golab (Rosewater) is more closely tied to Qamsar, other cities in the Kashan district, such as Niyasar, are also professional in this field.

It should be mentioned that not only Iranian people come to visit this festival, but also people from all over the world are interested in it. So, Kashan is a host to many tourists every year for the Rosewater festival. This experience is unique since it is a festival full of colors and smells. It is also recommended to those who are interested in photography in Iran. 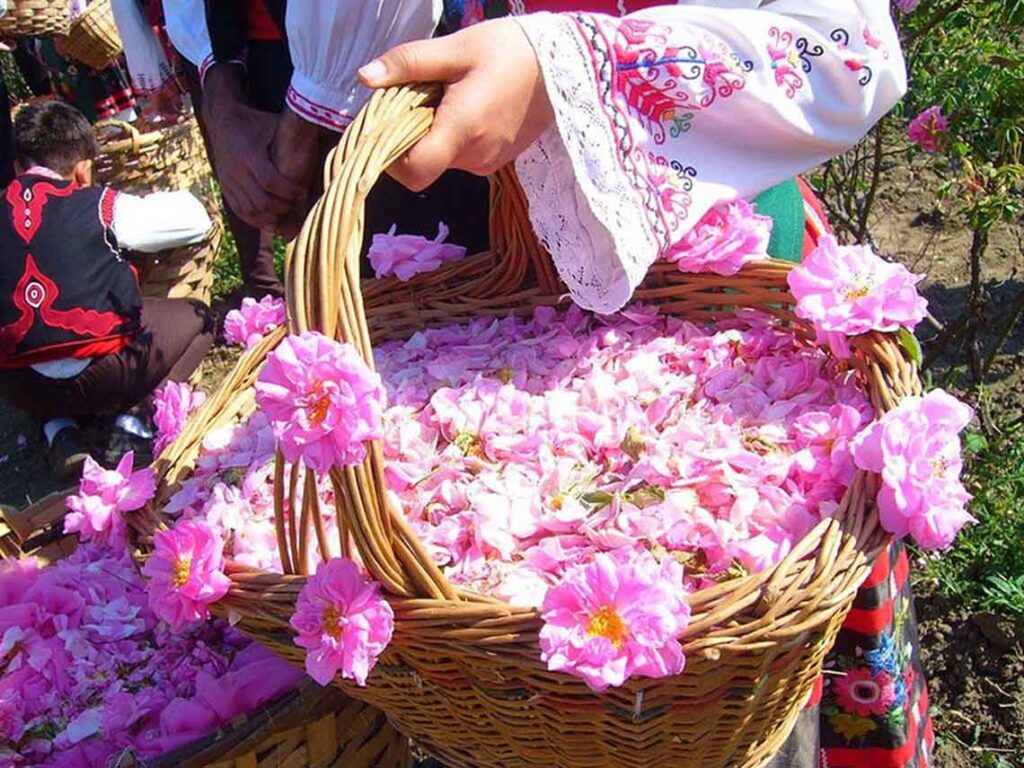 How Is Rose Water in Kashan Made

First, a copper pot is put on the heat, and about 30 kg of washed Mohammadi flowers are added to each pot. Then, 80 liters of water is added to it and a copper lid gets put on the pot. The distance between the pot and the lid will be filled with a special paste so that less steam is wasted.

There is a hole in this pot which is connected by a pipe to the pitchers that are placed in cold water. Water vapor is directed through these pipes to the pitchers and after cooling, distillation is done and the steam turns into liquid (Rosewater). 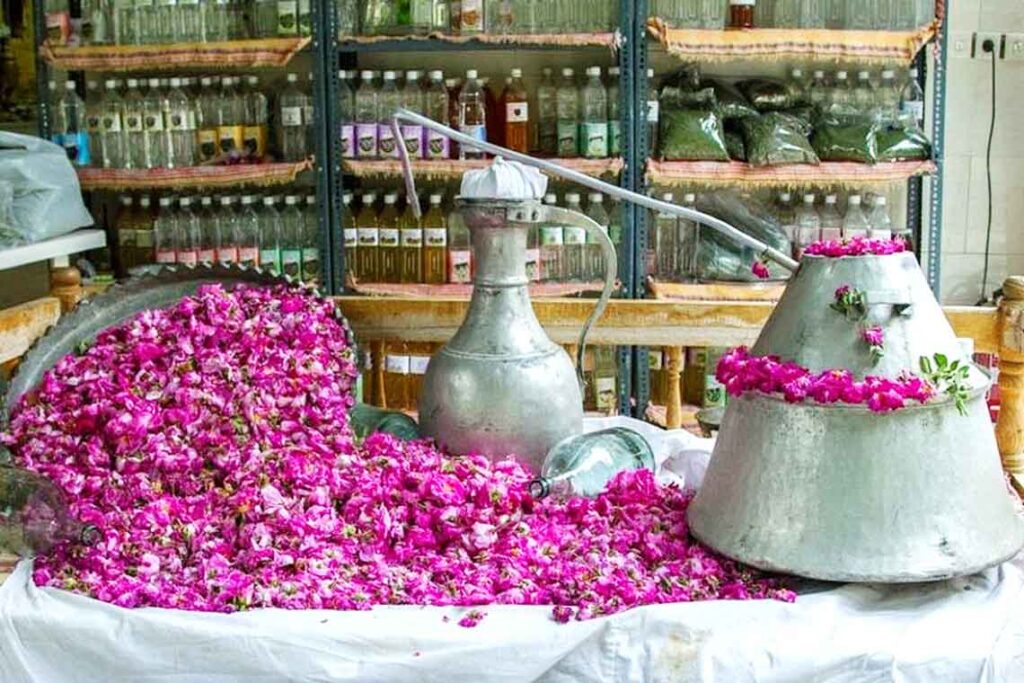 During the process, local people explain it in detail. Finally, you can buy bottles of herbal beverages or extracts.

Rosewater making in Iran is 1000 years old and it can be said that the best Rosewater in the world belongs to Iran. Iranians were the first to obtain Rosewater by distilling Rose (Mohammadi flower) and realized its therapeutic properties and oral consumption. It is also an important ingredient in different Persian cooking.

In herbal medicine, rose water is used as a cure for many diseases or health problems such as cleansing and protecting skin, improving blood circulation, curing digestion disorders, etc.