Damavand with 5610 (according to the latest estimations) meters elevation is the highest mountain in Iran and western Asia. It is also the highest volcanic cone-shaped peak in Asia. Its volcanic activity has been in the geological past and there is no human historical record of any known activity, so it is considered as a non-active former volcano. As a former volcano, it is endowed with many natural gifts due to its past. Hot and cold springs abound on her slopes and the surrounding land. There are sizable areas on its slopes that are covered with sulfur and still active enough to give off that special sulfur odor. There are relatively large glaciers, frozen waterfalls, gas and steam wells. Because of many deep valleys and high slopes surrounding it, the region harbors a great variety of vegetation and wildlife. There are great vistas where one can take in some quiet moments and gaze at the beautiful panoramas, while standing in the heart of this remarkable mountain.

It is located in the Central Alborz Mountain chain and has at least 16 recognized routes for ascending to its peak. There is a long and colourful history of numerous ascends. Some have become quite mythical in their colourful accounts, courageous deeds and tragic ends. The mountain itself is the subject of many mythical and folkloric tales. One can also add the existence of a number of historic sites to the special attraction of Damavand. In the spring the slopes are covered by green pastures and wild flowers. From the peak one can see quite some distance. To the north, you will see the Caspian Sea, to the west there is the waters of Lar reservoir and the sprawling city of Tehran. To the south one can gaze into the vastness of the desert which is called Dashte Kavir. A truly remarkable and memorable climb on a unique mountain.

Important info about the acclimatization:

The altitude of Damavand Mountain is 5610m which can be quite challenging. You should be in good fitness level in order to climb it, making benefit from quality equipment and also experienced guides. Although these elements are crucial but not enough. The most important consideration for a successful ascend is acclimatization. Our many years of experience obliges us to consider carefully this factor and make sure that climbers will have a successful, safe and enjoyable time while ascending to the summit.

Most travelers planning to go to the summit, come from cities and areas under 1000m altitude while the 3rd camp’s altitude is 4250m from the sea level, consequently many climbers experience difficulties such as headache or altitude sickness when climbing directly to the 3rd camp (Bargah-e Sevom). To avoid this problem, we highly recommended you to have a one or two days short programs preparing yourself for a good ascend.

Our recommendation for a successful and effective Damavand tour is to sleep at a high altitude around 2000m to 3000m in the first day and climb higher around 4000m in the second day. This tour is a combination of Mount Kolon Bastak (as the pre-acclimatization point) & Damavand.

One hour driving outside Tehran will take you to the mountains over 4000m, enabling you to have a good acclimatization program for Damavand. You will stay in a local home in a village (2000m) in Central Alborz Mountain getting ready for the high altitude. This attitude will prepare you physically and mentally for climbing.
The day after we will drive-up to 3300m by car to another village to start ascending to the peak. On the trekking route many of Central Alborz Mountains are visible. The summit will give you a good view of the Shah Alborz, Tochal (3960 m) and Seechal in the south; Damavand, Kholeno area, Sarakchal (4210m), Abak… in the east; Naz, Kahar, Takht-e-Soleiman massif in the west and the middle part of central Alborz ridgelines with the impressive tip of the Azadkuh (4400m) outstanding in the north. We will have a good view of Dizin, Shemshak and Darband Sar ski resorts as well.
The next day, we will drive to Damavand base camp and then we will go by 4×4 towards the second camp. We start ascending toward the 3rd camp “Bargah Seveom”. The next day is acclimatization day and we will hike up to 5000m and come back to our camp. We sleep early to be prepared for the summit day. This day is the hardest and longest day. After ascending to the top, we will come back to our camp. The last day is descending to the base camp and from there we will go to Larijan hot spring spa before driving back to Tehran.
In this itinerary you will have plenty of time to relax, mix with locals in the spectacular scenery and an opportunity to photograph the majestic volcano from vintage point. Once on the pick, you will experience the highest point of the Iranian plateau and the Middle East.

In the afternoon, we will depart at 4.00 P.M driving to the Central Alborz Mountain. We drive around one hour on Shemshak ski resort road. The altitude of the road is around 1000m but the village where we will stay is at 2600m altitude, this will prepare you for mountaineering program. On arrival to the village, first you will get relaxed in a local house and then will have a short walk in the village, getting to enjoy the sounds of birds chirping and the river. After sightseeing and photography in the village, we will go back to the house preparing the dinner. You will have a meeting with your tour guide in the evening for a briefing in order to give you the necessary information and having a chat, checking your equipment and preparing for the next day departure. You will sleep in a sharing room on the Iranian traditional style mattress. (D)
2

6.00 a.m. wake up for breakfast and start at 7.00 a.m. From the village (2600m). we will drive to the starting point of the trek (Kolon Bastak base camp 3300m). From there we start trekking towards the summit. It takes approximately 5 hours to reach to the summit. After one hour resting on the top, we will go back to the starting point and drive back to the village for overnight stay. (B, L, D)
3

Day 3: Drive to the Base camp & climbing to 3rd camp

Early morning (around 6 A.M), we will be picked up by our driver to Raineh village (base camp) which will take about 2 hours. From there our 4WD vehicle will take us to Damavand south face second camp called Goosfand Sara (3000m). Hiking will start from the second camp to the third camp (Bargah Sevom or Shelter 3) in 4250m altitude. Hiking time is between 5 to 6 hours depending on the strength and speed of the group. There will be a good opportunity to socialize with other hikers and climbers who are usually in the shelter (total ascend 1250m). We will make our camp there and take a rest, dinner and overnight stay at camp. (B, L, D)
4

This is a very important high altitude acclimatization day. We strongly believe that rushing to ascend to the peak is unsound and unwise. So this day will be spent getting used to the high altitude, but we will not go to the summit. We will hike from the shelter to a frozen waterfall which is at about 5000 meters and return. This will take about 6 to 7 hours and will be very suitable for our purposes. (B, L, D)
5

Early morning wake up; after breakfast (around 4 A.M) we will start climbing from 4200m to the top 5671m. This day will be the hardest day since we will push for the summit which usually takes about 6 to 7 hours. We will enjoy the amazing view of Damavand volcano. The terrain is difficult with loose rocks and scree and the weather can change at any time, so please be prepared for anything even snowfalls in the middle of summer. Some 500m below the summit, we come across the aptly named ‘Sulphur Hill’ (Dood Kooh) where we can see the evidence of the mountain’s turbulent pass amongst the volcanic era and sulphurous fumes rising up from the earth. Making the final ascend to the top we hope to reach the summit around midday, affording us an opportunity to enjoy the breathtaking views before the clouds cover the peak (conditions permitting). From here, we then begin descending to 3rd camp, a journey of some 7 hours that should bring us back to the camp in time for dinner. Total walking time is approximately 12 hours. Ascend/descend 1521m. Dinner and overnight stay at camp. (B, L, D)
6

Day 6: Descend the mountain and drive back to Tehran

Descending to second camp (Goosfand Sara). This morning total descending time would be approx 4-5 hours, 1250m. We then rejoin our 4WD vehicle for driving back to Raineh from where we will drive to Larijaan natural hot spring bath to leave the tiredness in the hot mineral water then will be driven to Tehran. (B, L) 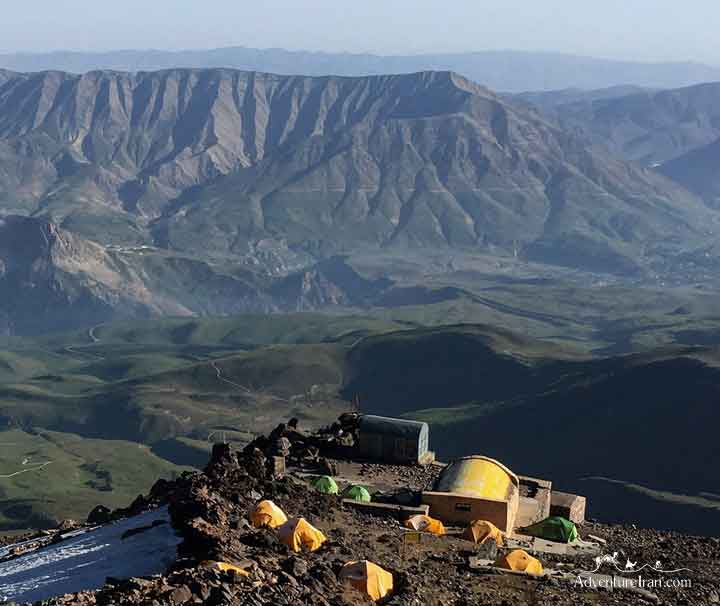 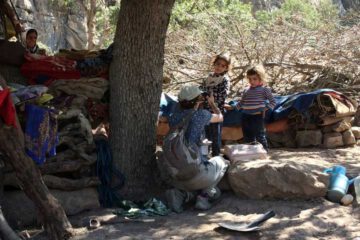 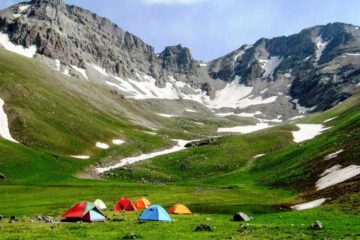 A tailor-made trekking holiday through a historical
8 Days
Strenuous 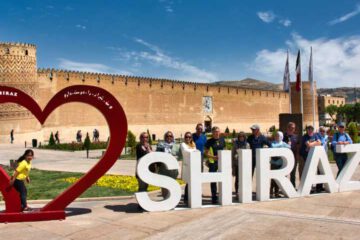 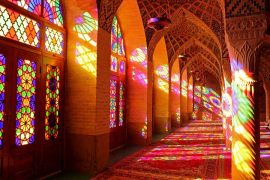 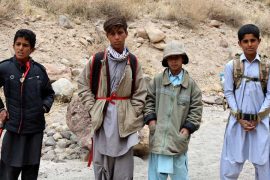