The Lut Desert, or Dasht-e-Lut, is the largest desert in Iran and is located in the southeastern part of the country. It is the world’s 27th -largest desert, and was inscribed on UNESCO’s World Heritage List on July 17, 2016. It stretches about 480 kilometers (300 mi) long and 320 kilometers (200 mi) wide. In the east rises a great massif of dunes and sand, while in the west an extensive area of high ridges is separated by wind-swept corridors. In its lowest, salt-filled depression—less than 1,000 feet (300 meters) above sea level—the summer heat and low humidity are believed to be unsurpassed on the planet. Between June and October, this arid subtropical area is swept by strong winds, which transport sediment and cause aeolian erosion on a colossal scale. Consequently, the site presents some of the most spectacular examples of Aeolian yardang landforms (massive corrugated ridges). It also contains extensive stony deserts and dune fields. The property represents an exceptional example of ongoing geological processes. NASA research results suggest that the Lut Desert in Iran is one of the hottest places on Earth. According to satellite data from NASA in 2005, a surface temperature of 70.7 degrees Celsius was recorded in the Lut desert. This temperature is the highest temperature ever recorded by satellite from the surface of planet Earth. That’s why it is called the ‘2005 point’.

Bam is situated in a desert environment on the southern edge of the Iranian high plateau. The origins of Bam can be traced back to the Achaemenid period (6th to 4th centuries BC). Its heyday was from the 7th to 11th centuries, being at the crossroads of important trade routes and known for the production of silk and cotton garments. The existence of life in the oasis was based on the underground irrigation canals, the qanāts, of which Bam has preserved some of the earliest evidence in Iran. Arg-e Bam is the most representative example of a fortified medieval town built in vernacular technique using mud layers (Chineh )

This trip is a suitable adventure for who would like to have a combination trip in Lut desert. The journey is a mix of 3 world heritage sites, desert safari, camping inside of Kaluts in lut desert, staying in a traditional style of the house of locals and discover a few hidden and untraveled routes in Dashte Lut desert. The Lut vast desert is one of the main attractions of Iran in terms of nature and adventure travel. We will start the tour from your hotel in Kerman city and after the desert tour, we will drop you off in your hotel in Kerman. On the first day, we spend our day visiting Arg-e Bam which takes 2 hours and half to get there and drive to non-touristic village of Keshit. The second day, we will spend half a day for exploring a couple of hidden villages through amazing road towards the late desert and the rest of the day, we will drive to Lut desert and have off road driving inside of Kaluts and sand dune. The last day we will drive to one the hottest places in the world called ”Gandom berian” . After finishing the desert part, we will have another half a day exploring tour on the way back to Kerman.
On the way, we will visit a couple of attraction such as Shazdeh Garden which is a UNESCO world heritage site since 2016. And also we will visit Sirch exotic village and the cypress old tree dating back to thousand years ago and underground reservoir water and the old part of the town. On this trip, we have an adventure journey by 4×4 into the desert through Kaluts hill and sand dunes and flat desert. Also, we will pass Gandom Bryan which is one of the hottest places in the world during the summer. You will go deep into the heart of the desert which is a prohibited area and also UNESCO world heritage site. Staying in the middle of the desert with millions of stars disconnects you of urban civilization and you will experience the silence and beauty of the desert as well. During these days, we will visit different types of desert and terrains in the Lut desert. Flat desert, sand dunes, mountains and the magnificent area of the kaluts. You will finish the Lut desert by drive back to Kerman.

We will pick you up from your hotel at 7:30; drive for a city tour to the ancient city of Bam, listed on UNESCO World Heritage Site. It is located in Kerman Province, 200 km far from Kerman and takes about 2 hours. You will visit the famous and historical citadel called Bam citadel (Arg-e-Bam) dating back to 2000 years ago in the Parthian Empire but the most of it was built during Safavid Dynasty and was one of the most important trade routes on the Silk Road and well-known for the production of silk and cotton garments dated back to the Achaemenes Empire. It is worthy to know that Bam Citadel is the largest adobe building in the world. You will spend some times there to explore and photography. You will have lunch in a local area. After lunch, we will drive to a village on the edge of desert called Keshit. The road is mostly paved and a part is dirt road. We will get to the village in the evening and join locals for a traditional meal. Overnight stay in a local house. (L, D)
2

After an early breakfast in the camp and watching the sunrise, we will continue our journey to Lut desert for the whole day. We will pass through some small villages such as Pashooei, Jahar, Kahnuj and Andoohjerd. We will visit some of these villages depends on the time and socialize with rural people to get know their culture. The natural formation and the rural landscape of these villages are the attractions which you can’s skip that; a scenic valley in Pashooei, mountain forms in Jahar like a serrated saw are the examples you should visit. Then we will continue via an off road to Shahdad. Shahdad is the starting point of our safari tour. After a short stop in the village and photography, we continue our way to visit different type of terrain and desert formation and stop somewhere for lunch. After lunch and a short rest, we will head the road toward the next camp. We will drive for a couple of hours inside of the dunes and after a couple of stop for photography, we will find our place for camp. We reach to some points to watch the beautiful sun set, find somewhere again to make a camp and making fire for this night. The guide will make a dinner in the camp. Overnight in the tent. (B, L, D)
3

Day 3: Half day desert tour back to Kerman

After sun rise and early breakfast in the camp, we will continue our last day desert safari toward one of the hottest places in the world called Gandom Beryan. We will visit also a couple of hidden part of the desert and from there head to Shafiabad village. In Shahdad, we will visit the underground reservoir water and the old part of the town. There, we will have lunch. After lunch, we will visit Sirch exotic village and the cypress old tree back to thousand years ago. In the afternoon, we get to Mahan to visit Shazdeh Garden which is a UNESCO world heritage site since 2016. We will drive back to Kerman and drop you off to the hotel. (B, L) 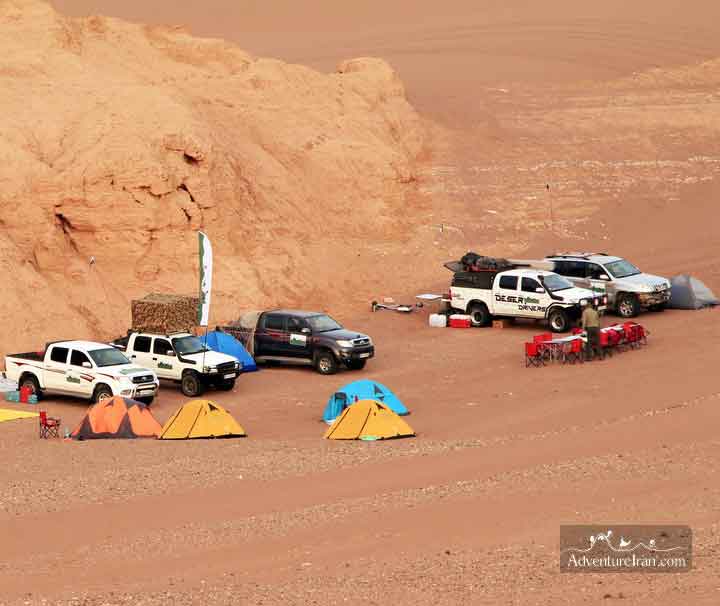 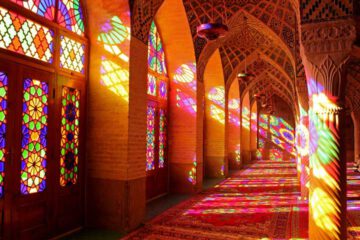 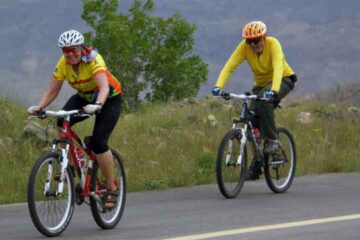 Cycling from Alamut Valley towards the Caspian Sea 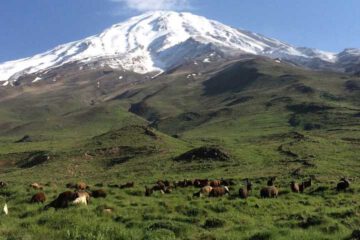